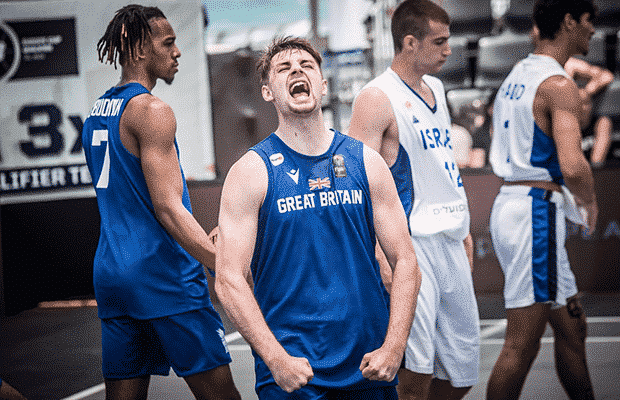 The men’s Great Britain squad and coach have been confirmed for the 3×3 u23 League of Nations in France next month.

Head coaches Krumesh Patel will lead the team made up of Eljay Morris, Flynn Boardman-Raffet, Evan Walshe and Veron Eze, when they compete in Voiron between August 2-4 in their second test of the summer, whilst Aaron Badibo has been named as a reserve.

The squad was a part of the three-stop ‘bubble’ event in Israel last month, having been entered as part of a collaboration between Great Britain Basketball and Basketball England to help prepare Team England players for next year’s Commonwealth Games and set about improving the GB national teams’ 3×3 rankings.

Basketball England Head of Talent and Performance Steve Bucknall – responsible for overseeing the GB/BE 3×3 programme – said: “We learnt a lot as an organisation, as coaches and as players from the experience in Israel and from the seniors’ Europe Cup campaign in Romania, when the women qualified for the Finals.

“We will take that into this next challenge to be better prepared as we continue to build the programme with the view to improving the GB 3×3 federation rankings and preparing Team England for the Commonwealth Games in Birmingham next year.”

GB’s opponents in Voiron will be announced soon.