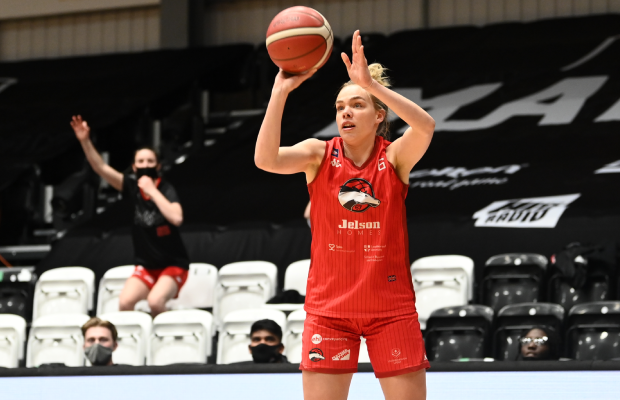 Holly Winterburn has been named as the WBBL’s Young Player of the Year for a third time.

The 20-year-old averaged 14.9 points, 7.0 rebounds and 6.2 assists as a leading player for Leicester Riders as they won the WBBL Cup for the first time and were second in the league with an 18-2 record.

Grateful for my coach and teammates for helping me to receive this award! The love and support I’ve received this season from near & a far is beyond appreciated❤️

Winterburn previously claimed the honour in 2018 and 2019 before leaving for America with Oregon, though there were no WBBL awards in 2020 due to the season being curtailed.

The GB junior star still awaits a call-up to the Senior side and also earned recognition from the league’s coaches with a place in the All-British and All-First Teams.

Caledonia Pride’s Sian Phillips was second in the voting having averaged a double-double this season with Winterburn shouting out fellow young contenders.

As grateful as I am to receive @WBBLofficial Young POTY, I feel like there’s a few girls that more than deserve some recognition ⬇️

Savannah Wilkinson, Georgia Gayle and Gabby Nikitinaite are the other winners of the official award.