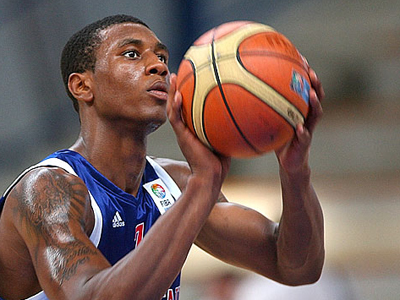 Louise Rouse is back for her second year in the WBBL alongside five under-18 juniors on the Oaklands Wolves roster this season.

The 2001-born forward was part of the initial GB Under-20s squad this summer as well as being selected for the 2020 Hoopsfix All-Star Classic – despite its cancellation – after impressing last season.

2001-born @louise_rouse_ stepped up to @wbblofficial action for @oaklandsball with a best of 12 points in a road win at BA! #BritishBasketball #Hoopsfix

Rouse starred in the WEABL with averages of 17.6 points and 15.5 rebounds per game as an All-WEABL Second Team selection, whilst making an impact in the WBBL with a best of 12 points coming against BA London Lions.

“I’m really excited for my second season in the WBBL,” said Rouse. “I learnt so much last year at Oaklands, and whilst my growth will continue I am also personally looking to make a bigger impact on the team this season.”

Coach Lee Ryan added: “Louise has made ridiculous improvements in her previous two years in the academy, to see where she started to where she is now is testament to her work ethic and the programme at Oaklands College.

“The work is not over, Louise has high ambitions in the game and I’m confident she will achieve them all.

“It’s a really exciting year for her and i’m looking forward to watching it materialise.”

The Wolves also have rising stars Grace Ashton and GB Under-18 Jocie Leavold as part of their WBBL setup as well as three newcomers from the academy programme.

A season of high and lows, but a hell of a lot of fun! I found a second family in this team and like Lauren said "nothing can prepare you for the goodbyes" and the fact they were so unexpected made it even worse. The love will remain and we'll see each other again for my girls not coming back. Thanks for everything especially for letting me make memories that I'll never forget but most importantly thank you for the constant support. Year 2, let's get it…💙🐺

Sophie Beard, Daisy Porter and Kizzy Spence-Mussington add depth to the backcourt as they will have the chance to earn minutes in the senior squad.

“The three guards will add competition to the group and what an opportunity for them to practice and play with such experienced seniors week in week out,” said Ryan.

“It will be a step up for them to the WBBL so it will be interesting to watch their development in this environment.”