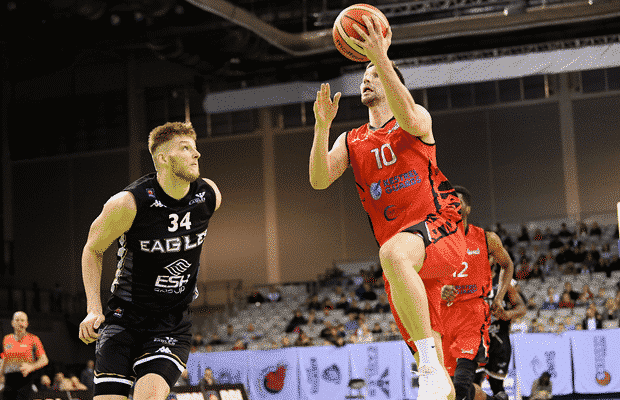 With a start date for the 2020-21 season now set, we continue our build up with a look at five British players set to play in the BBL for the first time.

Mullens is understood to have signed a short-term deal – with an option to extend – having also expressed his desire to finally suit up for the GB Senior Men’s team in the upcoming EuroBasket 2022 qualifiers window – now scheduled to be played in Pau, France.

👂 It's sounding like Byron Mullens is a lock for inclusion in the @gbbasketball squad during the next window in November.

🗣 Here's what he had to say about representing the national team at @London_Lions practice earlier this month.

The 31-year-old seven footer has tons of experience with almost 200 NBA appearances to his name during spells with four different franchises – the last of which being Philadelphia 76ers in the 2013-14 season. Mullens has continued to expand his game to beyond the perimeter and offers a versatile skillset.

Kingsley Okoroh is another set for his first taste of BBL action having turned pro in Spain last season, while you can also add GB’s Fahro Alihodzic to the list after his recent signing with the Lions, having played in multiple countries since turning pro in 2015, to compliment one of the deepest rosters in league history.

Not many players can say they’ve played in a BBL final without having played for a BBL team. Elliott Sentance was part of the historic Solent Kestrels side who enjoyed a memorable run to the BBL Trophy final before coming up just short against Newcastle in an OT thriller at the Emirates Arena in Glasgow.

Sentance stepped up to the challenge with 26 points on 50% and played a key role in their success in NBL Division 1 as they dominated league play. The 26-year-old will now get to go up against BBL opposition on a weekly basis after signing with Plymouth with the chance to learn from the likes of GB internationals Ashley Hamilton and Andrew Lawrence.

The Raiders have also signed London-born centre Prince Ibeh – a former Big 12 Defensive Player of the Year – who is set to play in the UK for the first time.

Admittedly, this is a bit of a cheat selection because Josh McSwiggan has played in the BBL before while at Leicester Riders as a junior, though this is set to be his first full season with a far bigger role.

McSwiggan saw a handful of minutes for the Riders, scoring a total of four points during the 2014-15 season before departing to the US. The former GB Under-20 wing impressed at JUCO level with Casper before transferring to DI school Portland, where he netted a career-best of 37 points.

He left to spend last season in France’s fourth division – as did BBL league rookie Kingsley Nwagboso, who also had a spell in Germany with the duo now suiting up for Worcester for the upcoming campaign.

What an opportunity for Evan Walshe. Having signed with Oaklands Wolves in NBL D1 out of a four-year stint at Barry University, the 22-year-old quickly caught the eye of Creon Raftopoulos. The Surrey Scorchers play-caller was impressed with Walshe during L Lynch Trophy action and quickly snapped up the exciting youngster.

Walshe fired in 33 points against Hemel Storm during his last outing for the Wolves having re-joined his junior club on his return from the US. The Hoopsfix All-Star Classic alumni had success during his college career and now adds to the scoring firepower of the Scorchers with the chance to hone his all-round talent.

@_evanwalshe is making the step up to the @bblofficial with @scorchersbasketball in his rookie year, and Head Coach Creon Raftopoulos is excited about his potential! 🙌🇬🇧🏀 #Hoopsfix #BritishBasketball

Boban Jacdonmi has a chance to shine in Scotland this season. The Rocks have not recruited any Americans and turned to youth for the upcoming campaign as GB forward Gareth Murray takes the helm in a new role as player-coach.

The Londoner finished his college career at Southern Miss having posted a career-high of 29 points along with 10 rebounds in the 2019-20 season opener before being hampered with injury. Jacdonmi gets his first pro shot on a roster and can make the starting spot in the front-court his own on a roster that will be hungry and determined to show out.

Elsewhere, Newcastle Eagles have brought in Rex Pflueger out of Notre Dame. The dual-national guard previously received a call-up to the initial England Under-18s squad in 2013, but never played a junior international.

Check out our previous BBL Fives where we looked at potential Young Player of the Year award winners, if it was such a thing.