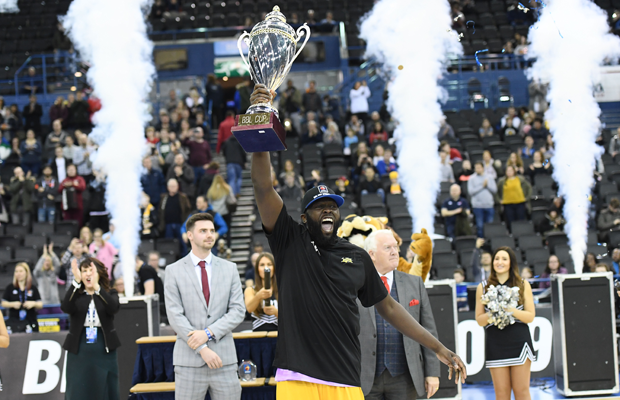 Ahead of the 2020-21 BBL season tip off this weeekend, the BBL has today confirmed the fixtures for the first of its competitions, the BBL Cup.

Having secured commitment of financial support from the government following the impact of COVID-19 on the season, the league will tip off behind closed doors this week.

The Cup competition will see the 11 BBL sides split into three groups, facing each team in their group at home and away, with the bottom placed teams at the end of the group stage being eliminated ahead of the knockout stages.

And there is a clear ‘Group of Death’, as Leicester Riders, London Lions, Newcastle Eagles, and Sheffield Sharks have all been placed together in Group 3.

The groups are as follows:

“We are delighted to finally get the season launched after the very positive messages of support from the Government,” BBL Chief Operations Officer, Andy Webb said.

“Of course, it won’t be the same without the fans being at the venues but all the players are keen to get to proper competition after a very long pre-season. The BBL Cup will be first up, just like last season, and then we will start the BBL Championship in early December. Those fixtures will also be announced as soon as practical.”

The Group Stages of the Cup will run until the end of November, with the Quarter Finals taking place between 11-13 December and the Semi-Finals 08-10 January 2021.

The Final will take place on Sunday 24 January 2021, with all fixtures this season being subject to change, due to the potential impact of COVID-19.

Full BBL Cup seeding and format of the knockout stages is as follows: