Byron Mullens reaffirms intent to play for GB this season 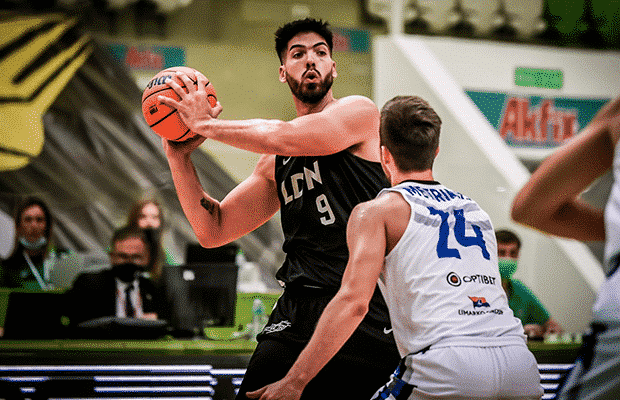 Byron Mullens has reaffirmed his intent to play for Great Britain, with an appearance potentially happening as early as November in the next EuroBasket 2021 qualifying window.

With his first coming on the radar of the national team programme in the run up to the London 2012 Olympics, there has been eight years of rumours of his inclusion at training camp, but speaking to Hoopsfix at London Lions practice earlier this month, he says now he has signed in the UK, he should finally put on the GB jersey.

👂 It's sounding like Byron Mullens is a lock for inclusion in the @gbbasketball squad during the next window in November.

🗣 Here's what he had to say about representing the national team at @London_Lions practice earlier this month.

“Yeah, absolutely,” he said when asked if this was the season GB could see him play.

“I was going to play last year but I was in South Korea though and my team wasn’t really too fond of me playing during the break due to possible injury or whatever they wanted to come up with for me not to leave.

“That was another reason why I wanted to come here, because Vince (Macaulay – Head Coach) knew the importance of me playing for the national team. I guess, if Vince wouldn’t let me play it would be his head not mine this time!”

He added he had been in contact with the program, and threw another name into the mix who has yet to receive a GB Senior call up – Ben Lawson, currently playing in Japan.

“I stay in contact with Jamie (Smith – GB Assistant Coach) a lot, we talk once or twice a week. We’re all on the same page; Justin (Robinson) as well, we talk about it all the time. I talk to Ben Lawson, also, trying to get him to play this year as well.

“Just trying to get a good team together and get these wins.”

GB were scheduled to have a home double-header during the next window, against France on November 26 and Montenegro on November 29, but due to COVID-19 FIBA has announced the windows will be conducted in ‘bubbles’ by a single host, still to be confirmed.