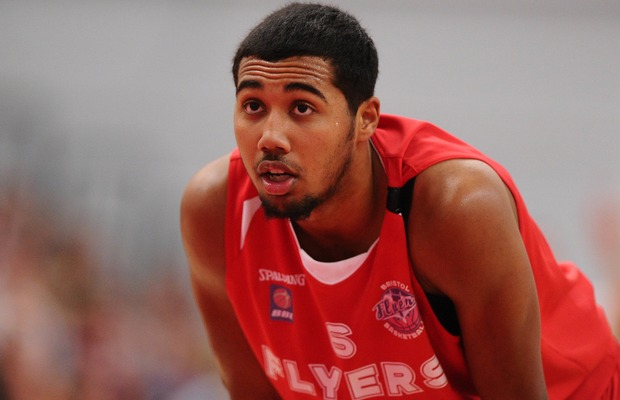 With the 2020-21 BBL season provisionally a few weeks away, we have put together a mini BBL Fives feature series looking at potential storylines, British BBL rookies and starting with retrospective BBL Young Players of the Year.

The WBBL has included a Young Player of the Year award in its end of season honours since the league’s inception in 2014-15 with Savannah Wilkinson, Georgia Gayle, Gabby Nikitinaite and Holly Winterburn (x2) amongst the winners, though the award has never been featured in the BBL.

But what if it had been? We take a look back on the past decade to pick out five main contenders that would have been in contention to receive the award.

The development of young talent in the BBL has been a hot topic for several years – and resurfaced during an episode with BBL club owners on the Hoopsfix Podcast – with opportunities scarce or the league used as a stepping stone.

Now a GB Senior co-captain, the Birmingham native propelled himself into a top level of European basketball after impressing in the BBL. Hesson first showed a glimpse of his potential in the league as a 20-year-old at Essex Pirates; overcoming a fractured ankle to star for the league strugglers in the latter part of the campaign.

Averaging 9.0 points, 3.4 rebounds and 1.5 assists in 19.1 minutes per game during 11 appearances, his performances caught the eye of Tony Garbelotto with a move to Mersey Tigers following in the summer. Hesson starred in the 2011-12 campaign as a key player on a much-changed roster, putting up 15.8 points and 8.0 rebounds per outing.

The athletic forward fired in a personal BBL best of 26 points along with 14 rebounds in a full 40-minute performance against Cheshire Phoenix in December, 2011 as part of 10 double-doubles in 29 appearances as well as nine 20+ point games.

So, while games played may have counted against him in his debut campaign, nothing would have stopped Hesson being named BBL Young Player of the Year during the 2011-12 season.

Bristol Flyers have big ambitions in the BBL and their presence has been ever-growing since making their debut in the 2014-15 season when their roster included an 18-year-old from London. DLO quickly made himself known – particularly to then Glasgow Rocks player-coach Sterling Davis – and thrived under the tutelage of Andreas Kapoulas with the duo linking up again at GB Senior level.

Lautier-Ogunleye played 35 games in the league for the Flyers, including 13 starts, with averages of 8.5 points, 2.6 rebounds and 2.3 assists per game with a season best of 21 points coming against local rivals, Plymouth Raiders, whilst also matching a personal best of seven assists.

It may be some time before the talented guard is back playing in the BBL as his debut season was followed by a move to NCAA D1 school Bradley, where he would spend four years before embarking on a pro career having recently signed in France for his second year overseas.

Since making his debut in the BBL as a teenager for Sheffield Sharks, Lewis has left to join London Lions, taking a break from playing, spent time in NBL Division 1 and returned to the Yorkshire club for a second spell.

Lewis hails from Canada, but also holds a British passport and was part of the GB Under-20s roster that earned promotion to Division A in the summer of 2013 – led by MVP Devon Van Oostrum. That European campaign followed a venture into the unknown with a season in the BBL with averages of 9.0 points, 3.6 rebounds and 1.8 assists per game as a 19-year-old.

Lewis started 20 of 28 league/playoff appearances with a best of 19 points coming against Newcastle Eagles, whilst also handing out 10 assists during a double-double display against Cheshire Phoenix with Sheffield also upsetting Leicester Riders to win the BBL Trophy.

A two-year extension was signed to see Lewis remain with the Sharks and while there was a slight drop in production in the 2013-14 season on a more successful side, he thrived the next season – averaging 13.6 points per game as a key contributor before heading to the English capital.

Lewis made an impact in all of his first three seasons with Sheffield and could have easily found himself with three individual accolades had the award been featured in the BBL’s post-season awards.

Another GB junior star, Steel had success with Kent Crusaders in NBL Division 1 before venturing stateside with a move to NCAA DI school Duquesne. Less than two seasons in and Steel was back with a chance to showcase his talent in the BBL, shortly after helping GB Under-20s to promotion.

Then 20, Steel had a solid year with Surrey Scorchers – reaching double figures in his scoring average with 10.0 points per game, despite only starting three of 32 league appearances with a best of 20 points against Glasgow Rocks.

Steel returned for a second season at Surrey Sports Park, despite attracting attention from other BBL clubs, and made a fast start with 22 points in his third outing before going on to post two double-doubles.

The guard/forward was logging heavy minutes (34.4 per game) with averages of 13.3 points, 7.3 rebounds and 4.1 assists per game in 13 appearances before leaving for Spain just around the start of 2019 with an opportunity in LEB Gold.

Steel made his GB Senior debut during EuroBasket pre-qualifiers and has remained in Spain since, recently joining CD Ponferrada to start his second full season in the third tier.

Still only 23 years of age, Ubiaro is about to enter his fourth year with the Raiders having also cut short his college career in the States to return to the UK.

Ubiaro averaged 18.1 minutes per game in 23 appearances (12 starts) in his first season – averaging 6.1 points, 2.0 rebounds and 1.4 assists. He’d scored a total of 14 points through to February before breaking out down the stretch with double figures in points in seven of the last 12 games.

That form wasn’t replicated across the 2018-19 campaign but Ubiaro was still a solid contributor for his team, particularly on the defensive side and averaged 5.4 points, 1.9 rebounds and 1.1 assists in 17.2 minutes per game as production slightly dipped in terms of numbers.

Ubiaro was averaging 10.7 points per game through December-January in the most recent season with a career BBL best of 17 points coming against Surrey Scorchers and has established himself as a fan favourite amongst the Pavilions faithful.

Former GB Under-20 guard – and since Albanian senior international – Elvisi Dusha took on extra responsibility as captain of new-look Surrey United in the 2013-14 season; averaging 9.7 points, 4.8 rebounds and 4.0 assists per game as a teenager.

Louis Sayers made a strong start to his BBL career, averaging 7.3 points as a 21-year-old in his first stint with Plymouth, while Kalil Irving was a solid contributor at Worcester Wolves having joined the club at the age of 20 to start a three-year spell.

Most recently, Zack Powell made a strong impression with Manchester Giants last season – with a best of 17 points – and the 20-year-old has re-signed for a second year having previously starred in ABL action with Aston Manor Academy.