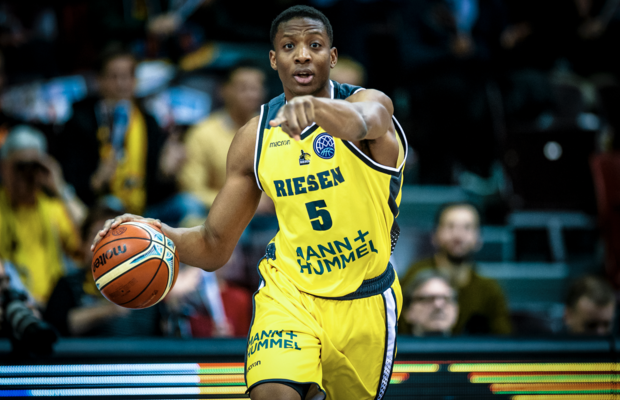 Justin Sears will continue his pro career in Germany after making the switch to join s.Oliver Wurzburg for the 2020-21 season.

The New Jersey native made his GB Senior debut in 2017 and is now set for his fifth year in Germany having averaged 7.2 points and 3.0 rebounds in 13 league games for Oldenburg last season.

Sears is recovering from an achilles injury and will miss the start of next season with the club also signing a replacement.

The 26-year-old previously helped Ludwigsburg reach the final four of the Basketball Champions League in the 2017-18 season – coming up against Ovie Soko in the third place game, won by UCAM Murcia.

Wurzburg – who have had Gabe Olaseni on their books – had an 11-10 record in the Bundesliga before the season was halted due to the coronavirus pandemic.

Luke Nelson will also play in the German BBL next season having recently signed with Gottingen.