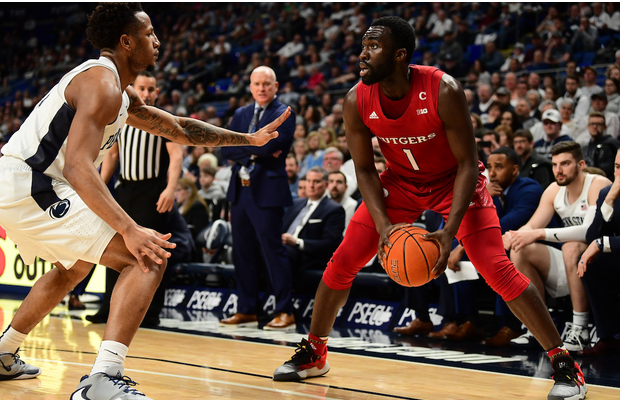 Akwasi Yeboah has signed his first pro contract to join French Pro-B side Saint-Quentin for the 2020-21 season.

The 23-year-old forward finished his college career in the US as a graduate student at Rutgers following three seasons at Stony Brook – amassing a total of over 1,500 points and 700+ rebounds.

Yeboah was named to the All-America East First Team after the 2018-19 season having averaged 16.7 points and 7.7 rebounds per game in his final year at Stony Brook – and now heads to France.

Prior to leaving for college, Yeboah played a key role in helping Kent Crusaders to the NBL Division 1 playoffs title in 2015 and starred at international level with a spot on the All-Tournament Team at the Under-20 European Championships two years later.

The Brit will play alongside Parker Jackson-Cartwright next season after the American guard made the switch from Cheshire Phoenix having been named the BJA BBL Player of the Season.

Saint-Quentin had a 7-16 record in Pro-B last season, finishing second bottom in the standings as the league campaign was cut short due to the coronavirus pandemic.