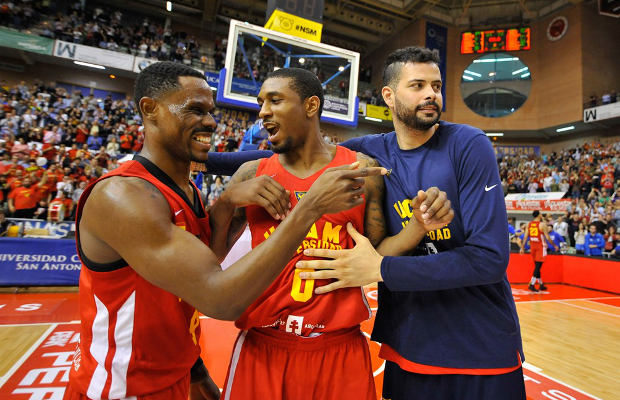 Ovie Soko and Justin Sears are both headed to the Basketball Champions League Final Four after helping their respective sides advance on Wednesday.

Soko scored 15 points as UCAM Murcia beat Pinar Karsiyaka 81-72 to complete a convincing 160-137 win on aggregate having knocked out the defending champions in the previous round.

In the 65-79 road win in the first leg, Soko went 5 of 7 from the field for 14 points and added 4 rebounds, 1 assist and 1 steal to set the platform for their quarter-final victory.

THIS ONE DESERVES SOME COLOUR #finalfourbound #foe #ucam #losbadboys #savages

Meanwhile, Sears scored 13 of his 15 points in the fourth quarter to lead Ludwigsburg to a 77-89 road victory which secured a 170-163 aggregate success over German counterparts medi Bayreuth.

Sears – who made his GB Senior debut last summer – also added 6 rebounds and 3 steals after scoring 10 points in his side’s 81-86 home defeat in the first leg last week, whilst producing a huge block.

The Final Four will be held in Athens, to be played over one weekend, with the semi-final draw to be conducted next week as Soko and Sears could go up against each other.