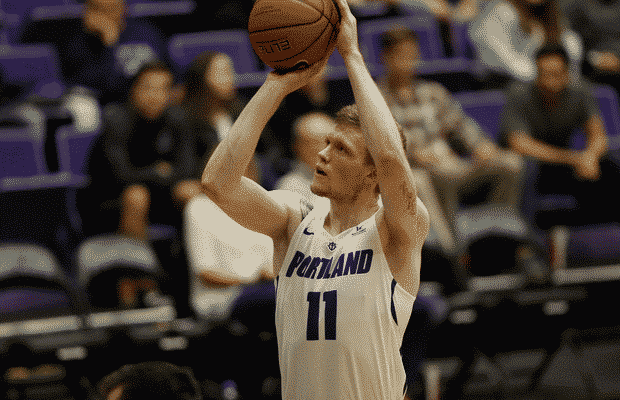 Josh McSwiggan will play in the BBL next season after signing with Worcester Wolves as part of their 2020-21 roster.

McSwiggan averaged 9.2 points per game in his redshirt junior year with a career best of 37 points against Multnomah in 2018.

“I am extremely excited to be a part of the Wolves this season,” he said. “I believe coach [Matt] Newby’s style of play will bring out the most of my skill set so that I can contribute to the team on both ends of the floor.

“The Wolfpack is a great fan base and I’m excited to be a part of the family.”

Coach Newby added: “In signing Josh, we have added a player who I feel will strengthen our perimeter even further and also provide some relief in the forward line at times.

“He has the ability to stretch the floor and create some interesting matchup problems for the opposition. He is athletic and shoots the ball with consistency and will contribute across
several statistical areas including the glass.

“His selfless play will fit the mould of this program and the squad we are putting together.”

For all the ins and outs around the league, check out the rosters tracker, HERE.