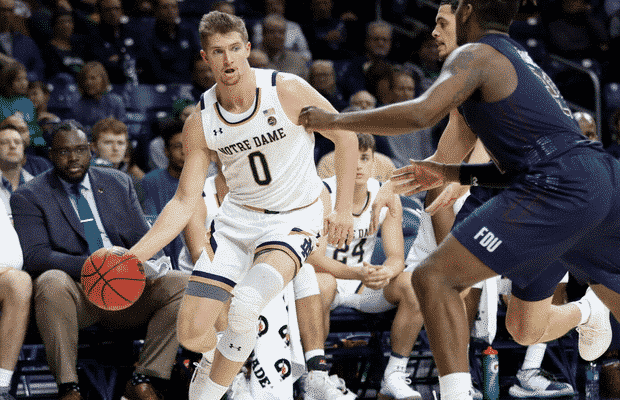 Newcastle Eagles have signed Rex Pflueger for his first season as a pro after five years at Notre Dame.

The 24-year-old is a California native, but also holds a British passport and was called up to the England Under-18s squad in 2013 – though did not make an appearance.

Pflueger played in 141 total games for the Fighting Irish for the most appearances in school history and follows in the footsteps of Scott Martin, who played in four seasons with the Eagles.

“I am truly excited to compete and hopefully be able to play in front of my extended family members out there whom many have not been able to see me play in person yet”, he said.

“His experience with the team definitely facilitated towards my decision to join Newcastle, but I still believe the most prominent reason was for the chance to be closer to my English family and experience a culture that is part of my heritage.”

For all ins and outs around the league, check out our annual rosters tracker, HERE.