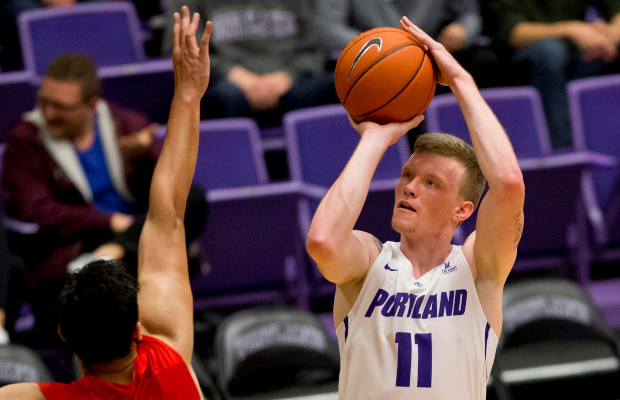 Josh McSwiggan started the season with a bang after putting up a career-high 37 points to lead University of Portland to an opening 111-103 victory.

The redshirt junior went 17 of 25 from the field and also added 11 rebounds – also a career-high – in the win over Multnomah.

MBB: PILOTS WIN! A career night for Junior Josh McSwiggan. He finished with 37 points and 11 rebounds, both career highs. Portland secured the W in their home opener against Multnomah. #GoPilots pic.twitter.com/ktPNyjD1cH

McSwiggan had 16 points at half-time with the Pilots trailing 54-56 before exploding for 21 in the second half with just two misses from 11 attempts from the field.

Keep an eye out for our Ultimate Brits in College List coming very soon with a weekly recap every Friday!