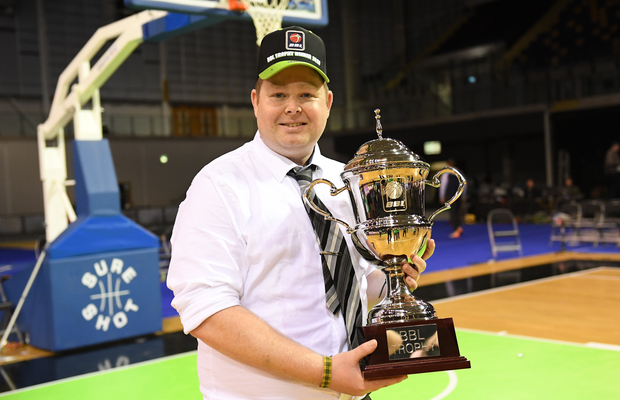 Newcastle Eagles have officially confirmed Ian Macleod will be the full-time head coach having held an interim role last season.

The long-time assistant with the North-East club took up the reigns following Fab Flournoy’s move to join Nick Nurse’s Toronto Raptors in the NBA, and immediately added to their extensive BBL trophy collection.

Delighted to have the position confirmed! Looking forward to getting back at it! https://t.co/GMKiG46HEl

Macleod led the Eagles to victory in the BBL Trophy as they battled past NBL D1 champions Solent Kestrels in a dramatic final, despite a challenging build-up amidst the coronavirus pandemic as three players departed.

“After several seasons supporting Fab, Ian stepped into some very big shoes, inheriting a team that was literally making its way to Newcastle on the day he agreed to take on the interim role”, said Eagles’ managing director, Paul Blake.

“It’s safe to say it was a roller coaster ride from that point, with player changes, passport issues and constant injury problems, which meant the full squad was only available in two games.

“Despite that Ian navigated the team to a winning record and our 25th trophy before lockdown.”

Newcastle were in joint fifth position in the BBL Championship standings with a 7-6 record before the season was cut short.

The club confirmed recruitment for the 2020-21 roster is underway with announcements to follow.