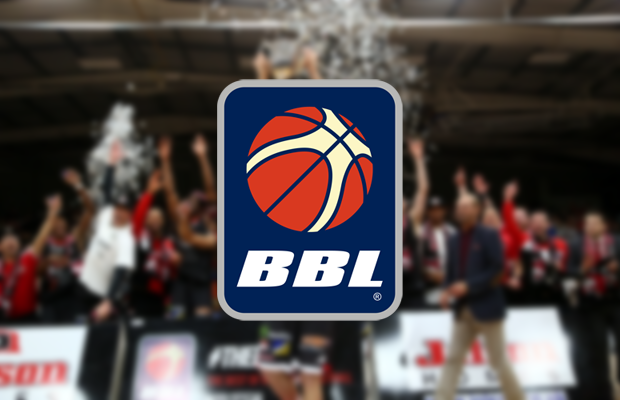 The BBL has announced the 2019-20 season is formally cancelled with no winners being announced, whilst the league has also revealed some format changes for the 2020-21 season.

The moves come after the member clubs unanimously agreed that there was no viable option to allow for the season to be completed in a safe and meaningful manner after the season was originally postponed on 17 March.

Teams will revert back to playing each other three times over the course of the Championship season, returning to the format prior to 2019-20, while league sources have told Hoopsfix the Play-Offs will see a return to two-legged quarters and semi-finals with a single leg Final, after having planned to go to a 3-game series for this season before it was shortened due to the COVID-19 pandemic.

Though an official start date for next season is yet to be decided, the league is aiming for Autumn. The government announced on Saturday that competitive sport can begin returning from June 1st – though behind closed doors. However, the BBL decision was made prior following a shareholder meeting last week.

Speaking about the uncertainty, BBL Chief Operating Officer, Andy Webb said: “We’re working towards starting in the autumn as we would be normally. But we will only set our launch date when we have information from the Government that it is safe to do so.”

“Clearly playing to full arenas would be ideal but there is currently no certainty on when that will be, and we are exploring all options in close consultation with our Clubs. The atmosphere at our games across the League is always electric and we look forward to welcoming British basketball fans back as soon as possible.

“The safety of players, coaches, club staff and fans is paramount and we will be adhering to all guidelines to allow them to return safely. We do understand that these plans can change and so we’re doing appropriate contingency planning while retaining flexibility, so that we can act quickly and safely when we need to.”

The decision to remove the 3-game series for the Play-Offs was based around prioritising an increase to the number of homes games for each franchise to allow teams to make up missed revenue from this season’s cancellation, whilst the extra games removes the time needed for a series in the Play-Offs, with the 2021 Play-Off Final at the O2 having already been booked for May 9.

Following the cancellation of the season, and based on multiple teams mathematically capable of winning, the independent directors of the BBL Management Board agreed that there would be no winner of the championship title.

“Obviously this is not the way anyone wanted to see the season end and we worked hard to try to find an alternative solution,” BBL Chairman Sir Rodney Walker said.

“The 2019/20 season was one of the most exciting and competitive we’ve seen and shaping up to a very exciting finish, and we look forward to building on that as we move into the new 2020/21 season.

“Looking back, we had the biggest crowd ever at the BBL Cup Final at The Arena, Birmingham in January, when over 9,000 fans enjoyed a resurgent Worcester Wolves beating a Bristol Flyers team in their first final, and we were on track for our highest ever revenues for the BBL Playoff Final at The O2, which was due to take place two weeks ago. In addition, the race for the BBL Championship title was the most open for many years, so clearly we will have a lot of disappointed fans.

“But we looked at every option, including playing behind closed doors or restarting the season in the summer, in order that we could get to a League and Playoff winners, but with the continued uncertainty, we just ran out of time and options. The clubs were united that now was the right time to bring the current season to a close.”

“We want to thank all our sponsors, partners and fans, and look forward to bringing them the best of British basketball, and the sport’s biggest events, as soon as we are able.”

Meanwhile, there are no changes to the BBL Cup and Trophy format, remaining the same as last season.

Related ItemsBBL 2020-21COVID-19 basketballFeatured
← Previous Story The first Brit to play in the NCAA Final Four – with Karl Brown – Ep. 56
Next Story → How the BBL was founded – with Bob Hope – Ep. 57