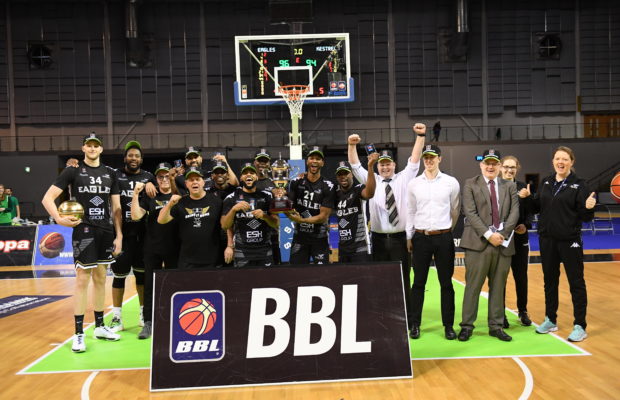 Newcastle Eagles captured the BBL Trophy for a seventh time after beating NBL Division 1 side Solent Kestrels 96-94 in a thrilling final in overtime at the Emirates Arena in Glasgow, on Sunday.

The Eagles held their nerve down the stretch to take the title with two-time league MVP Rahmon Fletcher instrumental with a 29-point haul, while CJ Gettys took the MVP award with 21 points, 17 rebounds and seven assists.

With Mike Morsell, Sade Aded Hussein and Nick Schlitzer having flown home with concerns regarding the current coronavirus pandemic and Kai Williams absent through illness, the Eagles’ strength in depth had been quickly depleted.

Darius Defoe posted 23 points and 11 rebounds for a valuable double-double with four players on the court for 40+ minutes.

Fletcher opened the scoring with a three from the Gettys hand-off as part of 12 points in the opening quarter. Elliot Dadds replied with a three of his own and that would be symbolic of the first 10 minutes.

The starting five would, no doubt, have to bare additional responsibility for the Eagles and Gettys took it upon himself to glide down the court for a coast-to-coast score, whilst protecting the paint at the other end. 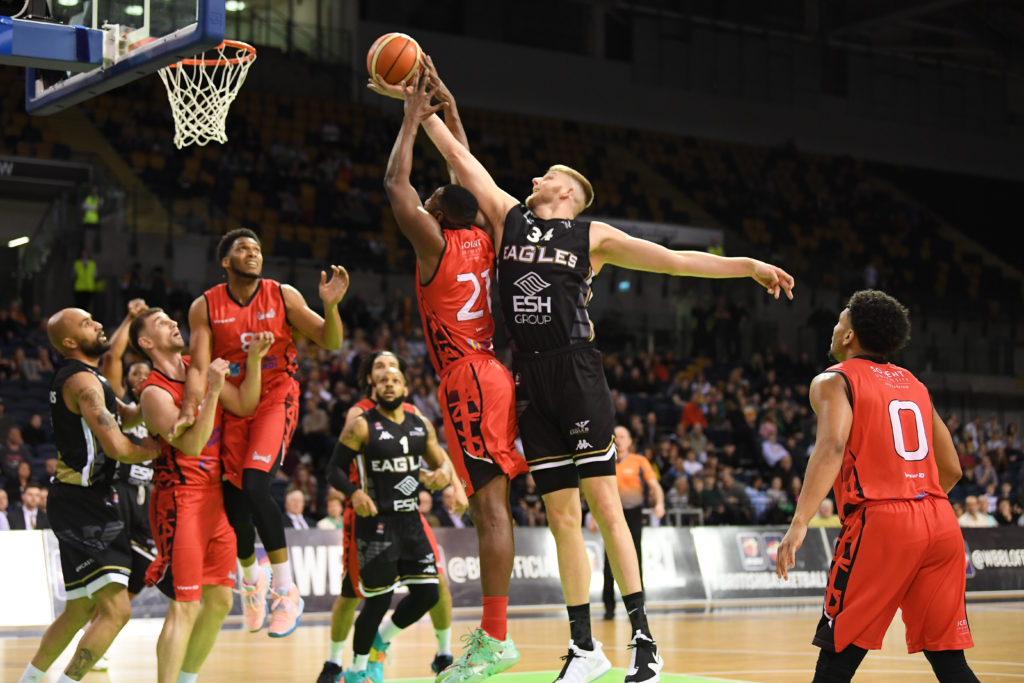 Elliott Sentance fired in a three – at the third time of asking – from the top of the key to give his side their first lead of the game and shortly after, Travis Charles dusted off an 0-4 start to open his account and make it 16-14.

Lasker provided a spark off the bench for the Eagles to help tie the game at 22-22 before knocking down a three at the start of the second. And, Fletcher continued to be the difference; having success driving to the basket and extending his range with a third triple to make it a nine-point game.

Sentance ensured Solent stemmed the tide with the former GB Under-20 international moving to 18 points with a couple of tough finishes to cut the gap as his side went into the half-time break down 46-45. 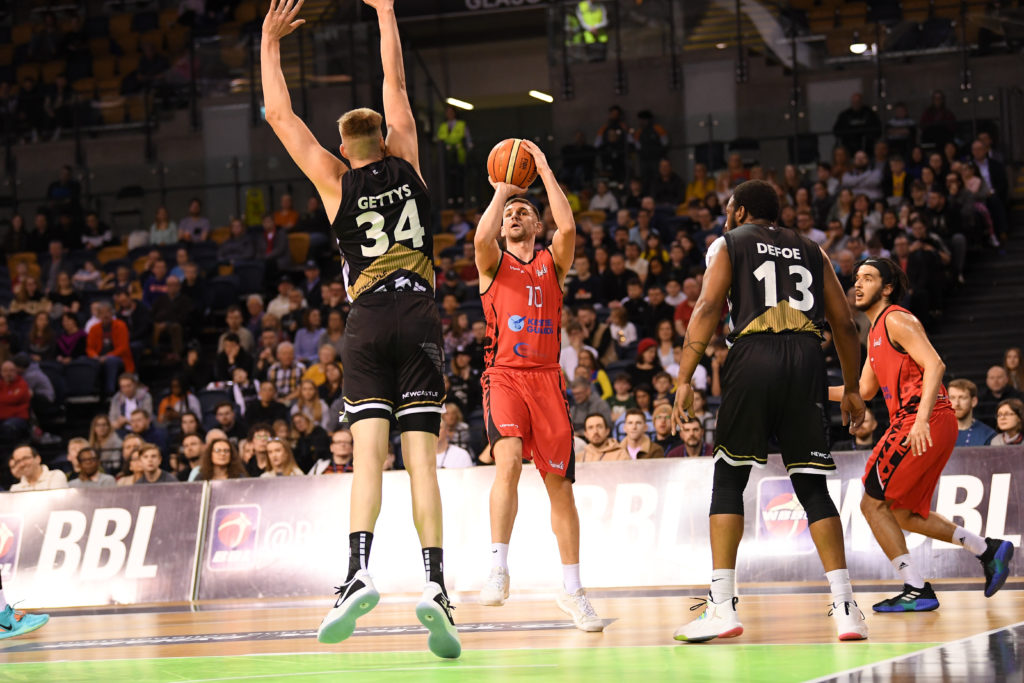 Fletcher and Sentance continued to grow their scoring tallies when play resumed, while Ian Smith found his range from beyond the arc to fire the Kestrels back in front.

The lead changed hands multiple times in the third before Newcastle began to make their move. Defoe converted a big three-point play in the middle of an 11-2 run. All of a sudden, the lead was in double figures for the first time and Newcastle led by 12 at 77-65 heading into the final quarter.

Defoe knocked down his trademark jumpshot from the elbow to further extend the advantage, but Solent were not done there. Charles sparked a 10-0 run with back-to-back scores to close within four before Glasgow stopped Newcastle’s scoring rot with a big three to make it 82-75.

Another Solent surge came, and this time it was enough to take the lead as Smith carved through the defence.

A time-out ensued, a response was forthcoming. Defoe restored the advantage, Lasker set the tone on the defensive end, drawing the charge. A three from Fletcher would have been huge, but alas, it rimmed out.

Okoronkwo, 85-84. Fletcher, 86-85. The final minute approached. A couple of tense possessions followed with Gettys sent to the line, missing the second to give Solent a lifeline and they tied the game with TrayVonn Wright’s dunk in the final seconds. 87-87. Overtime.

Wright opened the extra period with a three from the top of the arc with both teams feeling the effects of a gruelling encounter. Gettys was a colossus on the boards and inside for the Eagles with Solent still refusing to lie down, and it came down to the final possession.

The Kestrels had the chance to snatch victory at the death, but came up short with Defoe going to the line to ice the win. Sentance finished with 26 points in a valiant effort from the D1 side with Charles adding 20 and 10 as their incredible run almost had a fairytale finish.

Re-watch the final in full, below: