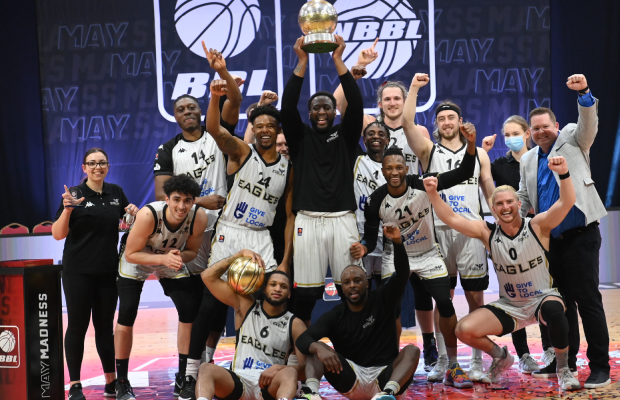 Newcastle Eagles have won the BBL playoffs title for a record-extending seventh time after coming from behind to beat London Lions 68-66 in Sunday’s final.

The Cup winners repeated their triumph over Vince Macaulay’s side as they recovered from a 12-point deficit in the third to take the title.

Jordan Spencer was inserted into the starting lineup in the absence of Justin Robinson and the Lions made a fast start with Parker scoring 10 in a 13-2 opening. Tensions flared early on and a scrappy affair ensued.

Louis Sayers hit back-to-back triples to get the Eagles going, but they were held to 26% shooting in the first 10 minutes as London forged a 24-12 advantage behind 15 from Parker. 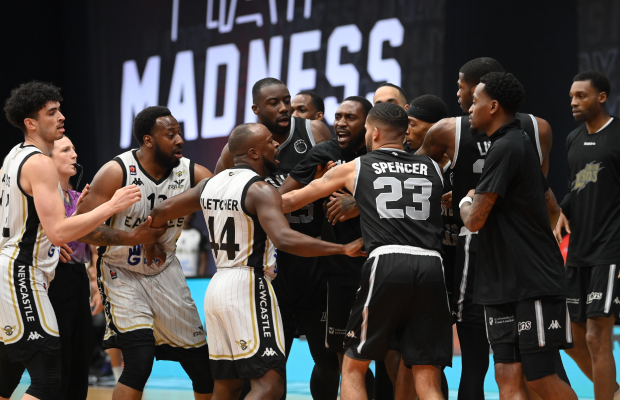 Newcastle’s aggression at both ends was key to an 11-0 run at the start of the second with Rex Pflueger helping turn defence into offence with some pivotal stops. Just as they had closed to within one, Josh Ward-Hibbert hit a three to spark a 9-0 response to restore the double-digit cushion.

The deficit was halved through five points from Fletcher, including a big contested three late in the shot-clock to cut it to 35-30 at the half. When play resumed, Newcastle made it a one-point game on three more occasions, but once again could not take that extra step to move ahead.

.@RFletcher_44 splits the double then nutmegs the defender on the dime to Evan Maxwell for @NewcastleEagle! 🔥#BritishBasketball

London kept them at bay and DeAndre Liggins hit a triple in the midst of a 9-0 burst to help put his side up by 12. The game of runs continued as the Eagles scored the next eight as they trailed 55-50 entering the final 10 minutes of the season.

Then, finally came their decisive move. Five straight from Cortez Edwards was followed by an alley-oop dunk for Evan Maxwell to make it 57-55 for Newcastle’s first lead of the game. Dirk Williams would foul out of the game with the Lions now down three inside the final four minutes.

Liggins and Jules Dang Akodo hit big shots to tie the game before Edwards edged the fourth seeds back ahead from the foul line at 68-66 with 40.6 seconds left.

More drama ensued as Maxwell and Fletcher both missed twice from the line, but there was only time left for a full-court heave from Liggins that came up short to spark jubilant scenes from the Eagles.