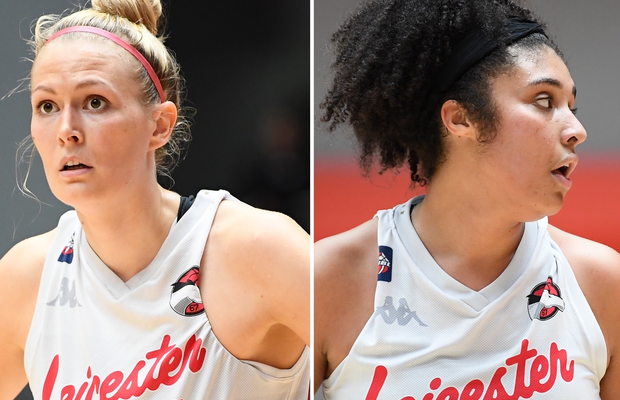 Leicester Riders have added to their 2020-21 roster with the returns of Ella Clark and Whitney Allen in a double announcement.

The duo were part of the squad that won a third straight WBBL Trophy title back in March, in what was the last game of a campaign that was cancelled due to the coronavirus pandemic.

Clark averaged 11.1 points, 7.3 rebounds, 2.3 assists and 1.6 blocks per game in the league for the Riders and has previously combined duties with netball side Loughborough Lightning.

“I’m looking forward to getting back on the court with the team after such a long break,” said Clark. “Last season ended abruptly, just as we were starting to find some consistency.

“We obviously finished on a high note with the trophy win, so hopefully we can build on that this year”

Meanwhile, Allen – who competed against her sister Dom Allen last season – came off the bench in nine of 12 league appearances with a best of 10 points and nine rebounds against Durham Palatinates in October.

“I’m looking forward to seeing last year’s players and excited for all the fresh new faces,” she said. “I enjoyed last season and it was a no brainer to come back.”

The Riders recently confirmed the blockbuster return of GB starlet Holly Winterburn on a three-year deal, while Jen Ashton has left the club with a move to Sweden.