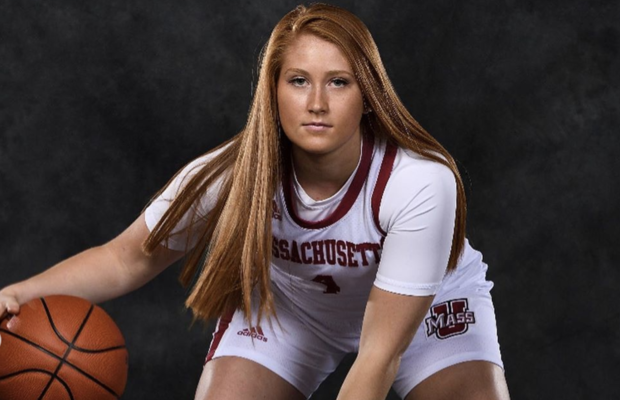 Grace Heeps was an unrecognised name amongst 22 players selected as part of GB Under-20s initial squad list this summer.

The 2001-born guard hails from East Greenbush, New York, but has Scottish roots on her father’s side of the family – making numerous visits and holding dual citizenship.

Heeps’ inclusion is the latest amongst recent GB finds from across the Atlantic with Karlie Samuelson and Kristine Anigwe both part of the Senior set-up having played in the WNBA.

Kennedy Leonard – starred for the Under-20s and made her Senior debut last year, while Faye Parker was named alongside Heeps in this year’s initial long-list having featured at the European Championships in 2019. And, the discovery of Heeps was facilitated through her trainer in the States with it understood that contact with GB first took place last year, though a possible shot at the Under-18 European Championship did not materialise due to a clash with summer school ahead of her freshman year.

“I was talking with my trainer – she has played professionally in Poland and Turkey – and I told her that I had dual citizenship with GB and she contacted coaches there,” she explained in an interview with Hoopsfix.

“I was really excited about making the first cut, but a little frustrated that I couldn’t compete further than that due to the pandemic.”

Len Busch was set to lead the Under-20s this summer having previously been in charge of the Under-18s when Heeps’ availability came to attention.

“I spoke with her and she was very interested in playing for the Under-18s,” he recalled. “I looked at some video and saw a well-rounded player who could have helped us in our European Championship campaign.”

This time around, the global coronavirus pandemic led to the cancellation of all of FIBA’s summer youth tournaments meaning that Heeps has been made to wait further to put on the Great Britain jersey for the first time.

Heeps saw limited playing time in the 2019-20 college season at the University of Massachusetts – averaging 6.4 minutes per contest with a best of five points coming in February at George Mason – and made the decision to transfer with a move to the University at Albany.

“I am very excited to attend UAlbany this year. I live close and I am looking forward to having a large fan base at home.

“Although I haven’t met my team in person yet, I already feel that we are so close and I am very excited to get on the court with them soon.”

“One of @graceheeps32 greatest assets is her ability to coach on the floor. We know she can knock down open shots; we need her to continue to do that and be that vocal leader on the floor.” –@CoachVerdiUMass

Heeps looks to push the ball in transition from the point guard position, whilst maintaining an outside threat and looking to be a vocal leader – describing herself as someone able to take direction from her coaches and translate it to her team-mates.

Attributes she hopes to develop in her college career with aspirations of one day making the step up to the highest level for GB, which could be boosted by a debut campaign with the Under-20s next summer with another year of eligibility remaining.

“I would love to be able to play Senior international basketball for GB,” she concludes. “It would be an absolute honour to represent this country.”