Soko on time in BBL: 'I was no longer growing as a basketball player' - Hoopsfix.com

Support
Home / BBL / Soko on time in BBL: ‘I was no longer growing as a basketball player’

Soko on time in BBL: ‘I was no longer growing as a basketball player’ 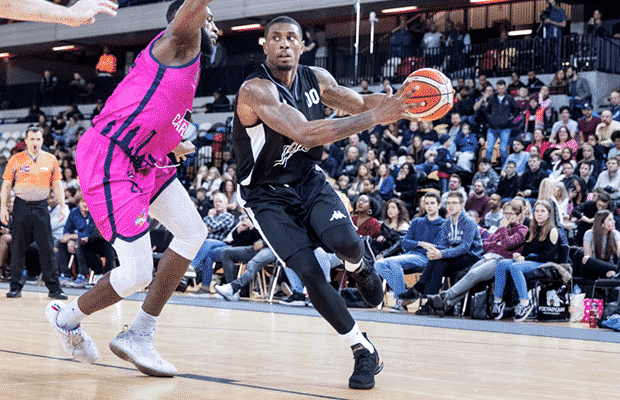 Great Britain star Ovie Soko has shed light on his move to French side Le Mans, citing a lack of growth in his own game during a year with the London Lions in the BBL.

Writing on SkySports.com where he helps present their NBA coverage, the 29 year old described the London Lions as an “interesting situation”, and said it was tricky trying to juggle his off-court responsibilities due to new-found fame after his appearance on Love Island.

“The level was clearly not the level I had been playing at before and that meant I wasn’t necessarily getting fulfilment out of competing at a level that really pushed me and challenge me mentally,” Soko wrote.

“I felt like I was no longer growing as a basketball player. Feeling like I was not moving forward in something I have put a lot of time and effort into left me maybe not enjoying off the court stuff as much as I really should have at times.”

He added that Le Mans have taken a chance on him “given that I have come from what a lot of people will consider a year out,” and attributed the spark to return to playing at higher levels being provided by representing Great Britain during the most recent EuroBasket qualification window.

“We went to Montenegro and then we came home to play in front of a great crowd in Newcastle and playing in those two environments sort of re-opened my eyes.

“When we came out the tunnel in Montenegro it was a packed stadium and the European fans made it feel like a football crowd inside an arena. Everything about the whole environment just really threw me back into almost the level I had been playing at before.

“My first thought was, ‘oh man, I really missed this’. It almost sent a jolt through my body. Playing against guys that are playing at a high level held me accountable just by their skill levels. And I really enjoyed it. It gave me a real boost. That was a big moment for me this year.”

He concluded his motivations are different this season, playing for the love of the game as well as to prove people wrong who have written him off, as opposed to needing to play for his next contract.

Whilst in France he will remain on Sky Sports’ NBA debate show Heatcheck every week alongside Mo Mooncey and Jaydee Dyer.

Read the full article with his detailed thoughts over at Sky Sports.