Ovie Soko named to Pro-A Team of the Year in France - Hoopsfix.com 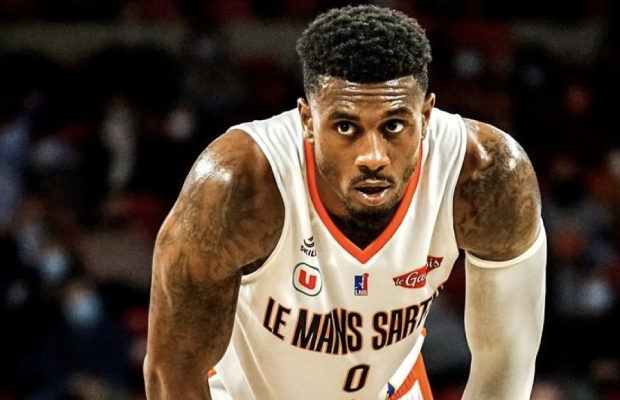 Ovie Soko has been recognised for an impressive season in France with a spot on the All-First Team in the top-flight.

The GB star made the switch from London Lions to Le Mans and helped his side reach the post-season, leading the way with 15.9 points and 6.3 rebounds per game in the regular season.

Soko was joined in the lineup by French duo Thomas Huertel and Moustapha Fall along with Serbia’s Danilo Andjusic and American forward Bonzie Colson.

The 30-year-old had a season-high of 28 points in March against ASVEL with the two teams meeting against last night in the first round of the playoffs as Le Mans suffering a 97-78 defeat.

Soko also played against international team-mate Myles Hesson this season with the duo having been part of the GB team that defeated France by 21 points in the final window – combining for 50 points.