Fraser Malcolm signs up for second year at Glasgow Rocks 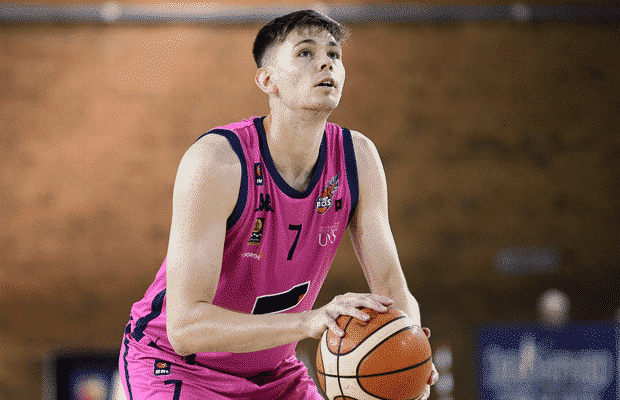 Fraser Malcolm has re-signed with Glasgow Rocks for another season in the BBL ahead of the upcoming 2020-21 campaign.

The former GB Under-20 – and Scotland athlete at the 2018 Commonwealth Games – becomes the first confirmed signing in Gareth Murray’s new reign as player-coach.

Malcolm averaged 3.2 points per game in 12 league appearances last season with a best of 17 points on 6-of-7 shooting coming against Sheffield Sharks in January.

“I’m really excited to re-sign with the Glasgow Rocks for my second professional season,” he said. “The team chemistry and support we received last year had me eager to return. I’m looking forward to playing for Coach G and playing in front of our amazing Rocks supporters.”

Murray added: “Bringing Fraser back for another season was an easy decision, with limited minutes last season he showed some bright spells.

“I will be looking for him to bring that youthfulness energy he showed in the Commonwealth Games. With a bigger role to play this year, I think we will see a lot more productivity and confidence from him.”

Glasgow were on course for their first-ever league title in the BBL last season having led the Championship standings with five games to go before the season was cancelled with no champion decided.

Vincent Lavandier has since departed, leaving for French side Avignon with Ali Fraser among three players to follow suit to the third division.

Related ItemsBBL 2020-21Fraser MalcolmGlasgow RocksPlayer Signings
← Previous Story Soko on time in BBL: ‘I was no longer growing as a basketball player’
Next Story → London Lions bring back Dirk Williams to the BBL