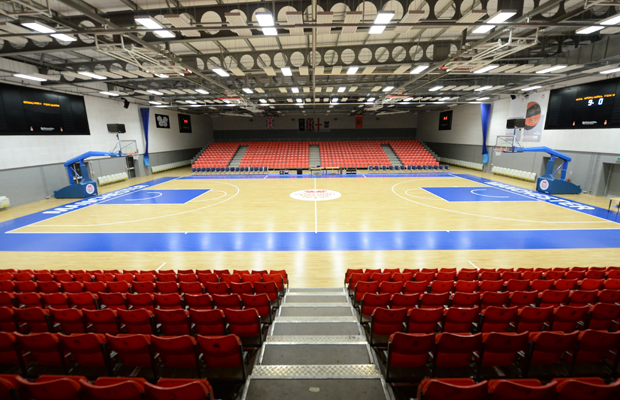 The Manchester Giants have revealed they will be playing out of the National Basketball Performance Centre (NBPC) starting in the 2020-21 British Basketball League (BBL) season.

It marks the start of a new relationship with Manchester City Council to energise basketball at all levels in the city and brings an end to years of questioning the BBL outfit having one of the worst venues in the country at the George H Carnall Sports Centre despite there being two purpose built-basketball facilities in the city.

Whilst the move of the BBL team will grab the headlines, the Giants believe the day to day activities of the partnership could have the farthest reaching impact on the city.

“Manchester City Council, GLL and MCR Active have successfully modelled partnerships in other sports. The Club, the fans, and the game itself will benefit enormously from this collaboration.

“A BBL fixture at Belle Vue is something the clubs will look forward to on the schedule. Our current great fans and future fans will relish welcoming away teams and creating new BBL memories in this venue.”

The NBPC at Belle Vue Sports Village opened in 2016, and is one of the UK’s premier purpose built basketball venues with three courts, including a show court that can be configured to seat 2000 people.

“We welcome the announcement that the Giants will be returning to Manchester at our elite-standard National Basketball Centre and look forward to the positive impact our relationship with the club will bring to basketball at grass roots level throughout the city – from primary schools to youth basketball and beyond.

“Nationally, basketball is the second most popular team sport for young people to take part in and we are keen to cultivate the huge interest that exists in Manchester, as part of our ongoing mission to maximise local sporting participation.

The Giants will join the Belle Vue Aces speedway side and netball Superleague side Manchester Thunder as part of a growing line-up of teams making their home at the Belle Vue Sports Village.