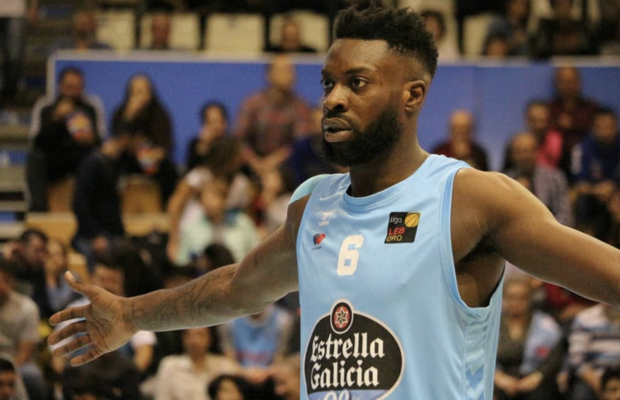 Mo Soluade has re-signed with Spanish LEB Gold side Breogan for the 2020-21 season, the club announced today.

The GB guard averaged 7.2 points, 3.2 rebounds and 2.6 assists per game in LEB Gold action last season and returns for another year.

Soluade has spent the majority of his career in Spain, though did play in Poland with Legia Warsaw in the 2018-19 season, whilst also making his GB Senior debut in the 2019 World Cup qualifiers.

The 25-year-old followed up success as a junior for England with a move to Unicaja Malaga nine years ago and linked up with fellow Brit Jules Dang Akodo in 2017 to win the LEB Gold playoffs title with Burgos.

Breogan were relegated from Liga ACB two seasons ago and finished with a 15-9 record in the second division in last season’s shortened campaign.