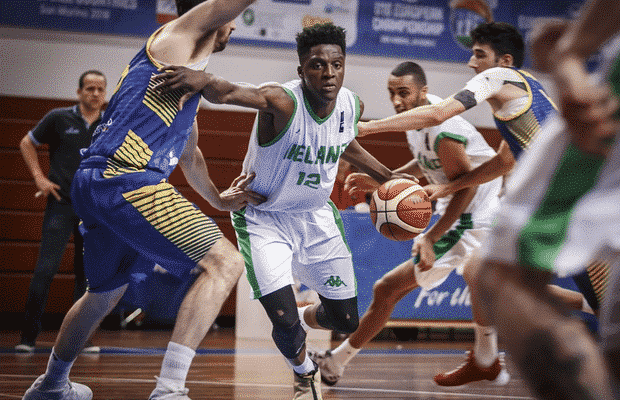 Taiwo Badmus will return to Spain for the 2020-21 season after signing with LEB Gold side Coruna, it was recently announced.

The London-born Ireland international has spent the past two seasons with Marin, helping the team to promotion in the 2018-19 campaign as MVP in the playoffs in his first year as a pro.

Badmus averaged 12.7 points and 5.8 rebounds per game in LEB Gold – Spain’s second tier – last season with his side avoiding relegation due to the coronavirus pandemic halting the season, despite being in last place with just four wins from 24.

Can't wait to see you on the court!! #VamosLeymaCoruña 🔥💪🏼🧡 pic.twitter.com/0jSn8DeylJ

The 26-year-old forward helped Ireland to a bronze medal at the 2018 FIBA European Championship for Small Countries with a spot on the All-Tournament Team after averaging 14.0 points and 7.3 rebounds per game.

Coruna had a 16-8 record in LEB Gold last season as they finished in third spot, just outside the promotion places to Liga ACB, with Ashley Hamilton on the roster.