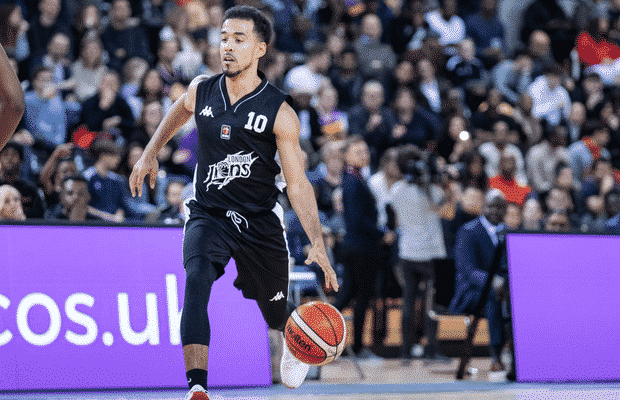 Two-time BBL league MVP Justin Robinson has signed a two-year deal to stay with London Lions ahead of the 2020-21 season.

The GB international guard joined the club in 2017 and earned back-to-back MVP honours as well as helping the Lions to their first-ever league title in the 2018-19 campaign.

Robinson was averaging 16.9 points and 4.9 assists in the league before it was eventually cancelled due to the coronavirus pandemic and the 32-year-old is back to spearhead the Lions’ Basketball Champions League campaign.

“I feel really excited to be back at the Lions for my fourth year,” he said. “This year is even more exciting with the team playing in Europe – it’s a massive opportunity to showcase the BBL and British talent.

“With the team assembled, I think we have a great chance of making noise. I’m thankful for the opportunity to be home with the Lions once again.”

Ovie Soko will not to be returning next season after signing with Le Mans in France, while Brandon Peel has also departed having signed in Finland.

The Lions find out their opponents in Wednesday’s BCL draw as they will face one of four clubs in the First Qualifying Round.

Check out Episode 40 of the Hoopsfix Podcast with Justin Robinson – ‘Becoming the BBL MVP’ below: