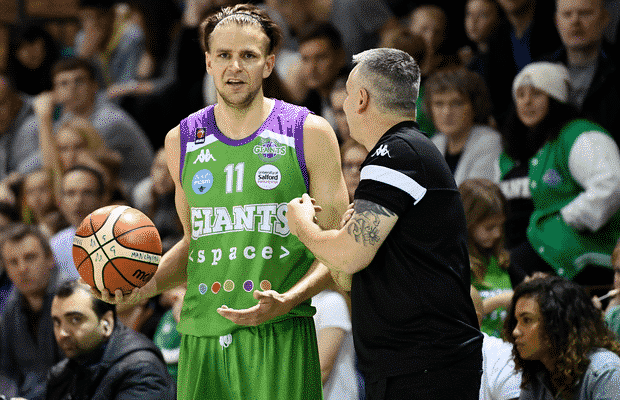 Callum Jones has responded to his Manchester Giants departure with an open letter written to fans.

The club announced last week that the 34-year-old would not return alongside older brother James Jones and Latvian guard Ingus Bankevics as they looked for a new direction.

I have really struggled to find the words to express my feelings at the moment, but wanted to get something out. The following is what I have gone with; https://t.co/HlX6yC8MPx. Thank you to everyone who has been a part of my time with the Manchester Giants it has meant so much.

Jones joined the Giants for their return to the BBL in the 2012-13 season after a two-year stint with Worcester Wolves and went on to play over 200 league games and amass 2,500+ points in eight seasons.

He also represented England at the 2018 Commonwealth Games and Jones expressed his desire would have been to retire at the club.

“I am so sorry to see my time at the Manchester Giants come to an end. I never thought I would play for the team forever, but I did think I would retire wearing the jersey. I was willing to return to the team irrespective of any remuneration and regardless of any role. I had been looking forward to helping the next stage any way I could. That’s exactly what connection I have had. I have to respect the club’s decision in this moment though.”

The Giants failed to pick up a win in the 2019-20 campaign that was cancelled due to the coronavirus pandemic and had only reached the playoffs on one occasion in their previous seven seasons.

In the club statement, head coach Danny Byrne commented: “This has not been an easy decision to make and one that I’ve not enjoyed making, but at some point you have to make the decision to end one era and start a new one, and the coaching and management staff felt that now was that time.

Jones is not ruling out the possibility of continuing to play in the BBL, though the situation would have to tie in with his role as Performance Sport Officer at Manchester Met University.

“I am still very passionate about wanting to play for at least a couple more seasons in the BBL so am considering my options to do so alongside my career off the court and I am optimistic they can both still work. At Man Met Uni I greatly enjoy working with our students and watching them grow as people throughout their studies and in their sport. In my position at the university I meet with both the Manchester Giants and Manchester Magic and will hopefully continue to do so to help provide the opportunities for young people in the sport.”

You can read the full published letter, HERE.