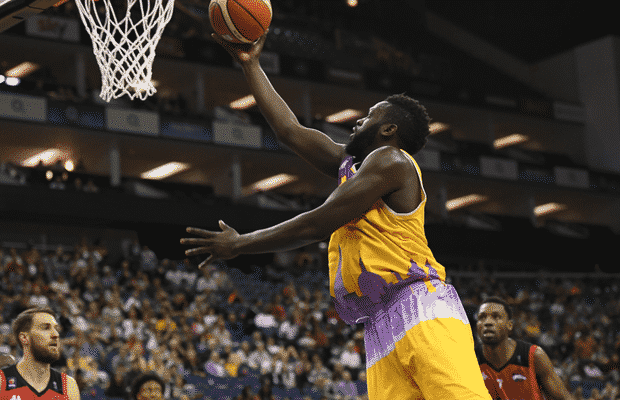 London Lions have announced captain Joe Ikhinmwin has re-signed for an eighth season with the club ahead of the 2020-21 campaign.

Ikhinmwin becomes the second confirmed player on the roster for the Lions alongside fellow Londoner Justin Robinson, who had his two-year deal announced on Monday.

The 32-year-old has been with the Lions since joining 2013 following a season with Newcastle Eagles, though did have a short break in 2014 following a contract dispute.

Ikhinmwin lifted the BBL Cup title with the Lions in 2019 before holding the club’s first-ever league Championship aloft a few months later as part of a historic domestic double.

“I think Joe has created a special BBL career,” said head coach Vince Macaulay. “He brings special qualities on and off the floor, he understands what it means to play in London as a Londoner, walking the walk every time.

“Joe works hard with his teammates to drive that ethos – on the floor, he will do whatever is necessary in any position to help us win and most importantly the fans know he gives all to the cause.”

The announcements are set to continue for the Lions, while they will find out their Basketball Champions League opponents on Wednesday when the draw is conducted.