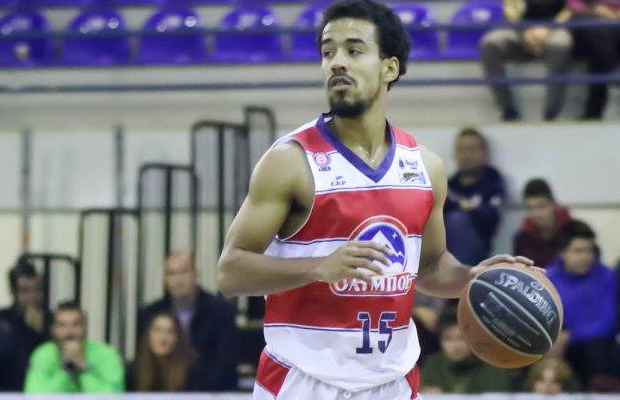 Justin Robinson is determined to make an impact both on and off the court after signing for London Lions for the 2017-18 season.

The experienced guard returns home having spent the past six years as a pro playing across Europe in the likes of Greece, Cyprus and most recently, France.

Robinson played for local club Brixton Topcats prior to moving to Blair Academy and a four-year college career at Rider University, where he averaged 15.3 points and 3.8 assists per game in his senior year as captain.

The 29-year-old has long been coveted by the Lions having held discussions in previous years, but Robinson believes the time has finally come.

“I feel like it’s the perfect time right now,” he told Hoopsfix.

“I have two kids now – it’s a chance for me to set up base and build at London Lions.

“I sat down with Vince (Macaulay) and we came to an agreement, which was not a hard decision at all.

“It’s going to feel weird as I’ve not played in London since I was about 16, but it’s a great opportunity and will be an honour to have friends and family support me.”

Robinson brings a wealth of experience to the Lions, but is also looking to make his mark away from the court.

“The overall package was a big thing for me,” he said.

“I want to help the league, encourage young talent, but also do all the stuff off the court and help the community.

“The Lions want me to be a leader and be the difference maker and I have a bit more experience to set an example.”

Robinson averaged 11.9 points and 2.5 assists last season for Doxa Lefkadas in Greece’s A1 before finishing the season at French side Saint Quientin.

The 6’2″ guard has played for multiple teams in a season on more than one occasion and hopes that his latest move provides more of a safe haven.

“It can be tough in Europe sometimes when teams are getting into financial problems and not paying on time,” he explained.

“When you have a family, it’s not ideal to keep moving around all the time.

“Signing with the Lions gives me that stability and I’m looking forward to helping the club build for the long-term.”

The Lions – who have a new Head Coach in Poland’s Mariusz Karol this season – have struggled for consistency in recent seasons with a lone BBL playoff final appearance in 2015, despite an array of talent.

And, Robinson is hoping to instil a winning culture at the club having signed a one-year deal with the option of extending.

“The ultimate goal is to win a Championship, of course,” he concluded.

“I want to make a connection with all of the people at the Copper Box and be part of the community.

“I know my role and still need to produce to help bring consistency and build that winning culture.”

Check out Robinson dominating the first week of the Pro Classic last summer: