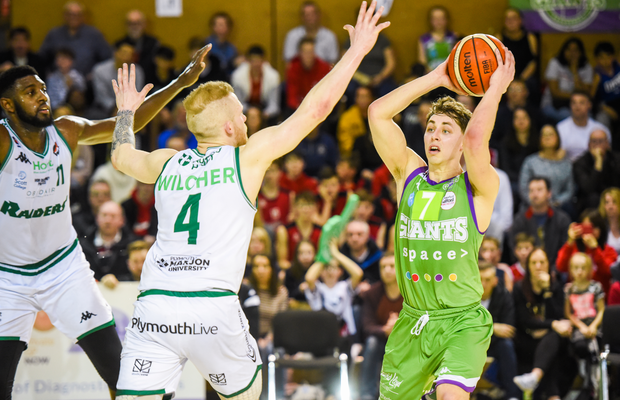 Jack Hudson is expected to be given additional responsibility next season after re-signing with Manchester Giants.

Head coach Danny Byrne revealed that Hudson will go into the 2020-21 campaign as the team’s starting point guard having averaged 5.7 points and 4.3 assists per game in seven league appearances.

From the Law court to the 🏀 court…

“A few months ago we anticipated being in the market for a US point guard, but Jack played so well towards the end of last season that we altered our recruitment strategy, and he’ll be our starting point guard this season,” he said.

“I don’t think that achievement should be underestimated for a local player who has stepped up through the divisions.

“His defence sets a tone for us, and the level-headed manner in which he ran the team from the point guard position is exactly what we need. He will only continue to learn and grow in the coming season as we put a strong group of players around him.”

Hudson joined the Giants midway through last season after making the switch from Liverpool, alongside David Ulph.

Previously, he helped the club to promotion from Division 2 and claimed MVP honours in the 2019 playoffs final as part of a perfect season.

“I think I handled the step up well, I was prepared for it, and I knew what was required in this league,” said Hudson. “This season is all about establishing myself in this position from a personal point of view and as a group, we have a point to prove this coming season.

“We want to give the fans something to shout about, especially as we move into our new home, which is something we’re all really excited about.”

Hudson joins Jordan Whelan on the roster for next season as well as new American recruit, Lyle Hexom, while Allie Fullah has also announced his return.