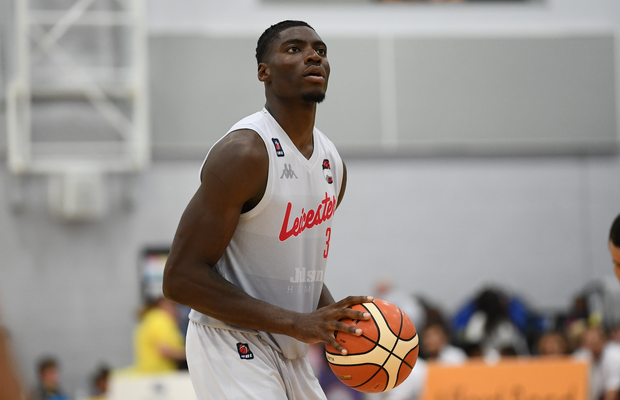 Jesse Chuku has taken the decision to sit out next season in order to aid the recovery of an ongoing injury.

The 28-year-old’s departure from Leicester Riders was confirmed this week with Chuku further explaining his reasoning on Instagram.

Many people have asked about my injury and how I've been able to play through the pain for so long. I'm sure there's many athletes that can relate to the fear of stepping away from something they've sacrificed so much for and dedicated most of their life towards. The easiest decision would be to persist like everything is alright while continuing to fight off the pain with quick fixes, especially in such a time of uncertainty. However, I believe the wisest thing for me to do now is prioritize my health and find the right support to recover and maintain my body for the future. Basketball will always be a part of my life and who I am and whether I return to pro sports or not is uncertain… All I know now is take a deep breath and step into the unknown. 🖤

Chuku averaged 8.3 points and 3.1 rebounds in 12 league appearances during his first season in the BBL, which was cut short due to the coronavirus pandemic.

The Barking Abbey academy product had a league best of 22 points against Cheshire Phoenix in December having previously played professionally in Greece and Spain.

“I would like to thank the Riders for a great year and for all the support I received battling a pre-existing injury,” he said. “The coaches, players, staff, and the fans have all been phenomenal and I am very proud to have been a part of this organisation.”

“Leicester now feels like a second home to me, so surely this is not farewell as I hope to see all the Riders family again some time in the future.”

The Riders have re-signed Jamell Anderson, Corey Johnson and American Darien Nelson-Henry for next season as well as secured the return of Conner Washington.