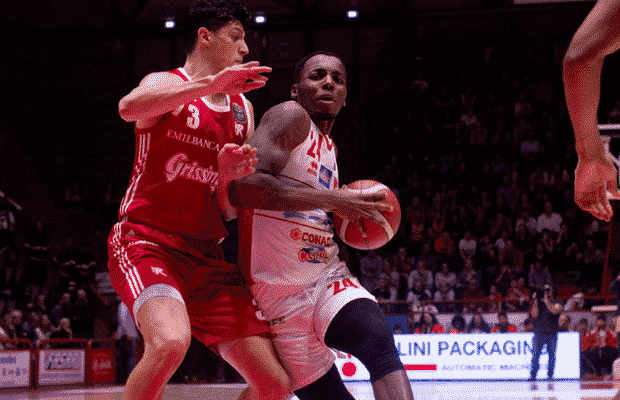 Carl Wheatle has signed a new two-year deal to stay with Italian side Pistoia Basket for the upcoming 2020-21 season.

The 22-year made the switch from Biella last summer on an initial two-year contract, but has agreed a new deal – which includes an option for a third year – after his club decided to drop down to Serie A2 due to financial restraints following COVID-19.

Wheatle averaged 3.2 points and 2.9 rebounds in 17.7 minutes per game last season having made the step up to one of the top ranked leagues in Europe.

“I decided to stay in Pistoia because here I immediately felt at home, not to mention the great trust that exists in me and the excellent relationship I have,” he said, via official release.

“Personally I had ups and downs [last season], but overall I grew and improved. I know that more responsibilities are waiting for me and I will have to be important for this club, putting all my qualities into play to help the team achieve victory.”

Wheatle is also establishing himself as a regular amongst the GB Senior Men’s side and featured in the opening window of the EuroBasket 2021 qualifiers that included victory over Germany in Newcastle.

Pistoia had a 7-15 league record in Serie A before the campaign was cancelled due to the coronavirus pandemic.

Wheatle has also been hosting talks with a wide range of British players and they can be viewed on his Instagram page, here.