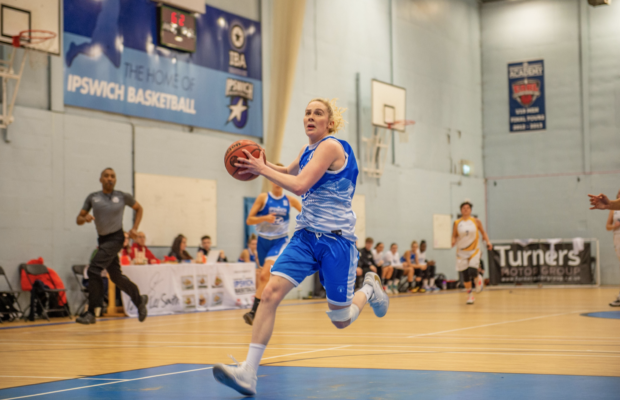 Harriet Welham headlined the 2019-20 WNBL awards having been named MVP in Division 1 after leading Ipswich to the regular season title.

Ipswich were awarded the title after the season was cancelled due to the coronavirus pandemic with Welham having put up 30.9 points, 9.2 rebounds and 3.5 assists per game.

“It’s a massive privilege to win this award, there are some great players in this league, but it’s not just me that’s won it, it’s the whole team,” she said, via Basketball England.

“We’ve had such an up and down season, battling injuries and only having a full squad for a handful of games but for me personally it’s been one of the best and most enjoyable.”

Welham was joined in the Team of the Year by Madeline Homoly of Anglia Ruskin as well as Nottingham’s Arielle Jackson, Thames Valley Cavaliers forward Diana Voynova and Solent Kestrels’ Krisztina Velkey.

The Coach of the Year award was claimed by Anglia Ruskin’s Michael Hanson-Morris, who led his side to the National Cup title, while they finished second in the league behind Ipswich with one win fewer.

Meanwhile, in Division 2, Maia Brakta was named MVP in the North having averaged 18.8 points per game for league winners Worcester Wolves with Amber Deane taking the top honour in the South with 25.4 points per game at Cardiff Met Archers.

Sheffield Hatters’ play-caller Simon Roberts was the D2 North Coach of the Year with Brighton’s Mat Glasson picking up the D2 South equivalent.