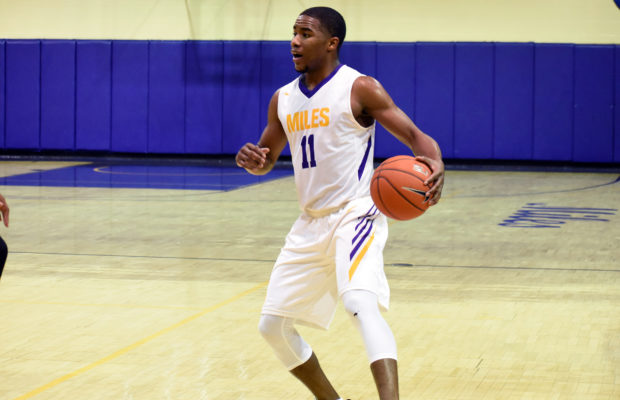 Jelani Watson-Gayle has been named to the All-SIAC second team after a strong junior year at Miles College.

The London-born guard averaged 15.1 points on the season along with 3.7 rebounds per game to follow up receiving the SIAC Freshman of the Year award in 2018.

Watson-Gayle opened the conference tournament with a career-high of 30 points to lead Miles to an 85-64 victory over Savannah State to advance.

Watson-Gayle made the switch from Benedict College prior to the start of the 2018-19 season, and was previously the MVP at the first-ever Hoopsfix All-Star Classic in the Under-16 game in 2014.

Miles finished the NCAA DII season with a 21-4 record including 15-3 in the SIAC as regular season champions and are now in the semi-finals of the post-season following this week’s opening win.