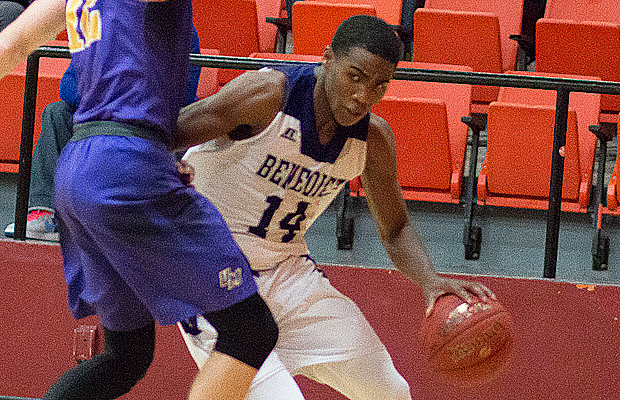 Jelani Watson-Gayle (’98) has been named the Southern Intercollegiate Athletic Conference (SIAC) Freshman of the Year.

Watson-Gayle was Under-16 MVP at the inaugural Hoopsfix All-Star Classic in 2014, and left the UK in 2015 to join Westminster High School where he scored over 1000 points in two seasons before signing with NCAA Division II school Benedict last year.

All-conference honours are voted on by the league’s head coaches and sports information directors.

Here he is in his last season in England showing out at the Junior Final Fours with Newham: