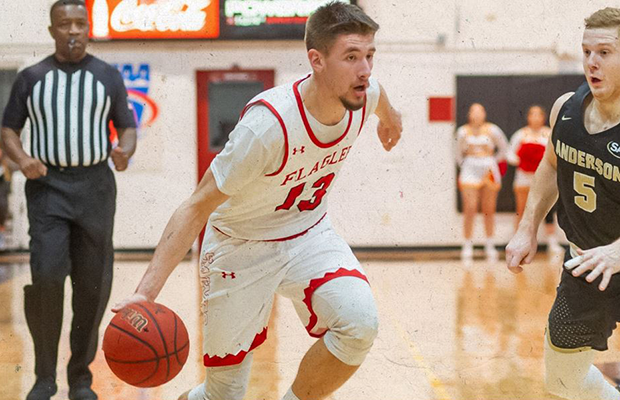 Gedi Juozapaitis has been named to the All-Peach Belt Conference first-team after a dominant sophomore year with Flagler College.

The Under-17 MVP from the 2015 Hoopsfix All-Star Classic, Juozapaitis is the first men’s basketball player to receive first-team honours in Flagler’s history after averaging 19 points per game this season, whilst leading NCAA Division II in 3-pointers made.

A special accomplishment for a special player. Congrats Gedi!!! pic.twitter.com/SMsFSEzWLH

“I am so proud of Gedi and the growth he continues to display as a man and as a player,” said head men’s basketball coach Chad Warner.

“He has earned this award through countless hours of hard work. I am thankful for the relationship I have with him, and am more encouraged about his and our future than ever before.”

The 6-foot-5 forward led the Saints in scoring, rebounding (7.6 rpg), blocked shots (23), and he broke the school record for most 3-pointers made in a season (112). Juozapaitis is also second in NCAA Division II in 3-pointers made per game (3.86).

The Londoner is 13th in the nation in 3-point field goal percentage (.461) and also broke the school record for treys made in a game with nine, having done it twice this season.