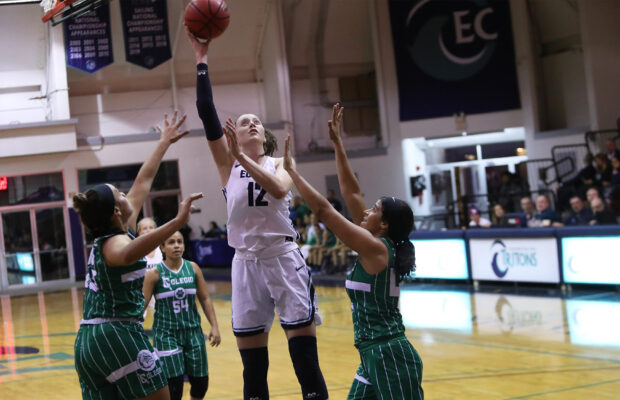 Maya Price has been named to the Sunshine State Conference (SSC) All-Newcomer team with her performances for Eckerd University recognised.

The sophomore forward/centre posted a season-high of 21 points in January and finished the regular season with averages of 7.6 points and 4.7 rebounds per game.

Price also scooped the conference’s Defensive Player of the Week award at the start of 2020 after a display consisting of four blocks to go with 14 rebounds.

The former GB Under-20 international started the season with a run of three straight games in double figures and recorded her first double-double with 11 rebounds and the aforementioned 21-point outing against Palm Beach Atlantic.

Eckerd finished with a 17-3 record in SSC play, whilst being 21-5 overall on the DII season and opened the post-season tournament with a seven-point victory.