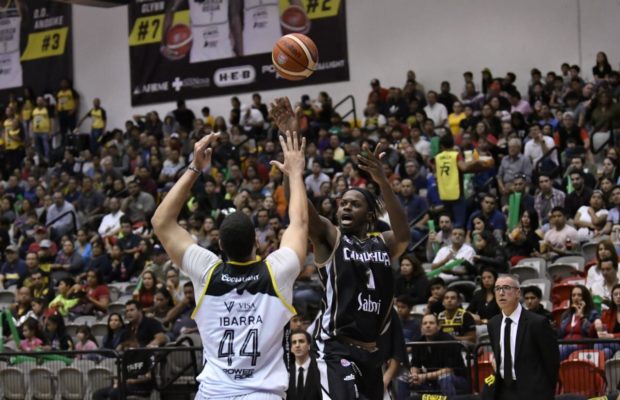 Matthew Bryan-Amaning has returned to action after joining Dorados for another spell in Mexico.

The 31-year-old has enjoyed previous success playing in the LNBP, leading Soles to a Championship triumph in 2015 before coming up short in a 4-3 Finals defeat alongside Aaron Geramipoor the following year.

Bryan-Amaning made his debut last night, scoring 18 points on 8 of 10 shooting in an 87-57 loss in his first competitive game for six months.

MBA completed his first full season in the BBL for the 2019-20 campaign, helping league newcomers London City Royals win the BBL Trophy as well as make the final of the playoffs at The O2 Arena in May.

This one is for you Mr Rogers!! #RIP #BRIXTON pic.twitter.com/ytiSmTl0JK

Dorados sit third in the East standings with 15 wins from their opening 20 games with the regular season set to finish in December.