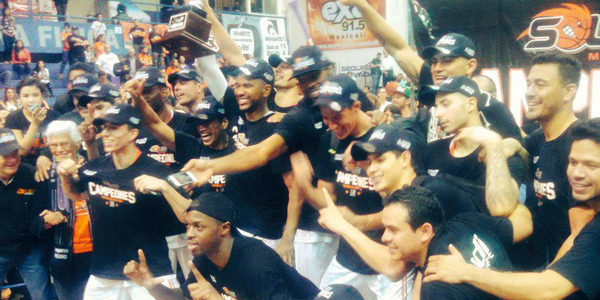 Matthew Bryan-Amaning produced a joint game-high of 18 points to lead Soles to an 80-77 victory as they secured a 4-1 series win in the LNBP Finals.

The GB forward shot 7-12 from the field and added four rebounds, four steals, two assists and a block to cap a dominant season in Mexico.

Soles led 3-1 heading into Game 4, and it looked like Pioneros were set to extend the series, before Soles came from behind to snatch the win with a 17-9 final quarter.

MBA was the leading scorer throughout the playoffs with a total of 316 points in 16 games at an average of 19.8 points per game to lead Soles to their second playoffs title.

Earlier in the Finals, the 26-year-old had battled sickness to give his side an early 2-0 advantage.