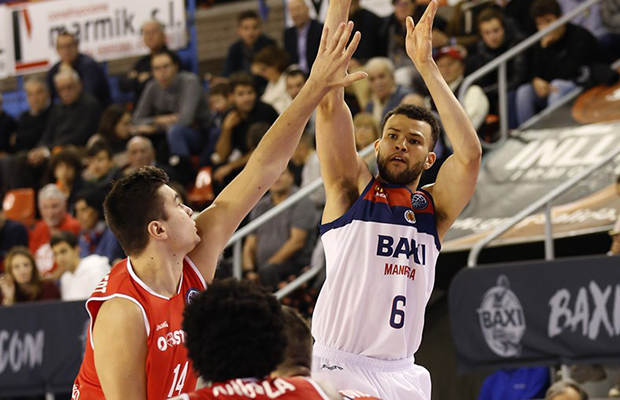 Luke Nelson has made the switch to Manresa for the 2019-20 season after joining from fellow Spanish side Gran Canaria.

The GB guard saw his first minutes for his new club in the ACB at the weekend before contributing four points, a steal and a block in Manresa’s 85-58 win over Oostende in the Basketball Champions League.

“I’m really happy about signing here and excited for this new opportunity,” said Nelson. “This season will be tough because of how competitive the ACB is, as well as getting the chance to compete in the [Basketball] Champions League!”

Nelson has become a regular for the GB Senior team and averaged 13.8 points per game over four appearances during the FIBA EuroBasket 2021 pre-qualifiers.

The 24-year-old spent his rookie season on loan at Real Betis before having to deal with injuries.

Manresa have lost seven of their opening nine games in the ACB, though they have made a 4-2 start in the Basketball Champions League.