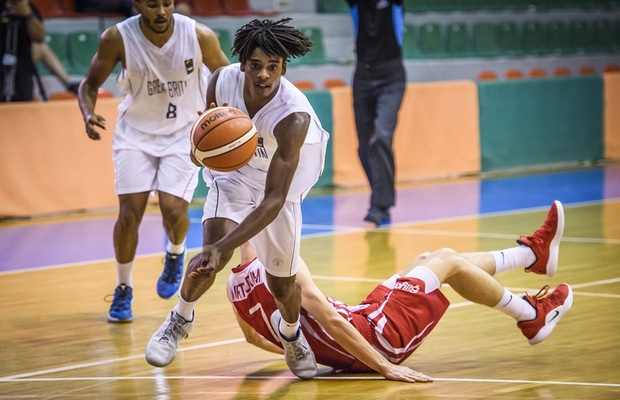 England, Scotland and Wales will all compete in a new Tri-Nations Tournament at the National Basketball Performance Centre in Manchester next month.

The tournament will take place over the weekend of 21-22 December with England fielding two teams at each age group.

“As we build on the momentum of last year’s European Championship campaigns, this tournament allows us to assess players earlier ahead of potential selection to Great Britain age group teams in 2020,” said Basketball England’s Performance and Technical Manager Steve Bucknall.

“For England, we will use this tournament to look at a wider pool of players outside of those who we are monitoring on a weekly basis during their National League seasons.

Josh Uduje and Amari Williams were both part of GB’s Under-18s roster this past summer, while Sultan Adewale and Quinn Ellis represented GB’s Under-16s with Ellis since having moved overseas to play in Italy.

As well as Uduje and Williams, the squad also includes three other players – Franklin Agu, Saul May and Ridley Shema – that featured in the Underclassmen game at the 2019 Hoopsfix All-Star Classic.