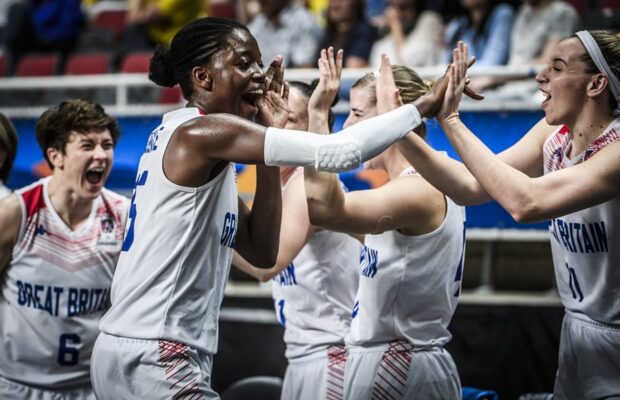 Great Britain’s Senior Women will head to Foshan, China for the FIBA Olympic Qualifying Tournament in February after the draw was conducted today.

Chema Buceta’s side have been grouped with Spain and Korea along with the hosts, China with the top three advancing to the Tokyo Olympics.

The groups for the FIBA Women's Olympic Qualifying Tournaments 2020 are set! ✅

Which teams do you see qualifying through the #FIBAOQT to book their ticket to #Tokyo2020? 🎟

(The top 3 teams from each tournament will qualify, USA/Japan will advance regardless of their results) pic.twitter.com/tmlMiEP0wS

GB earned their spot in the OQT after a historic run to the semi-finals of FIBA Women’s EuroBasket 2019 this past summer before coming up short against France.

An opening game against the group hosts, China, will be followed by a rest day before completing the tournament against Korea then Spain.

As per the procedures for the draw, Japan could not face China, USA or Australia meaning they were placed with Canada, while the two teams from Africa (Nigeria and Mozambique) had to be paired.

Sweden could not face two European teams and GB were already bound to face one in a group with either one of the hosts plus Spain, who were designated with China.

Three teams will advance from each group, though Japan and USA are already assured of their places, despite taking part, so it will only be two other teams from their respective groups.