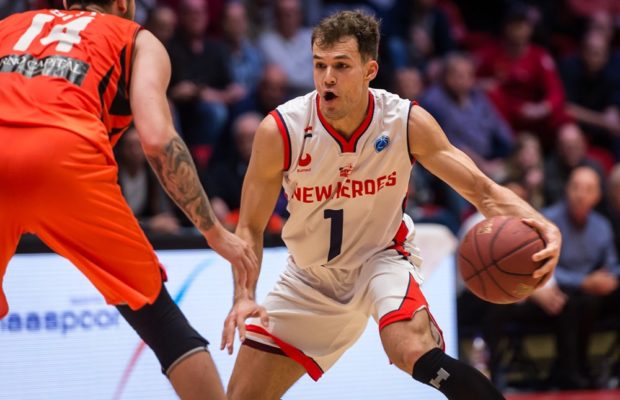 Devon Van Oostrum is ready for another injury comeback after signing with BC Prienai in Lithuania’s top-flight for the 2019-20 season.

The GB guard suffered a second torn ACL in the space of two years, whilst out in the Netherlands with Den Bosch last season.

Security is mostly a superstition, it doesn't exist in nature.. it's a daring adventure, or nothing. Eime @bcprienai @betsafelkl #comeback #work #newbeginnings

Van Oostrum handed out 19 assists in one game in the Dutch league and averaged 13.3 points, 4.9 rebounds and 3.7 assists in seven appearances in the 2018-19 FIBA Europe Cup.

The 26-year-old has played all across Europe since starting out in Spain with spells in Finland, Croatia, Greece and North Macedonia as well as a short loan stint with Leeds Force in 2015.

Prienai – re-named from Vytautus when they had both LaMelo and LaAngelo Ball in the 2017-18 season – finished with a 12-23 record in the LKL last season before a first round loss in the playoffs.