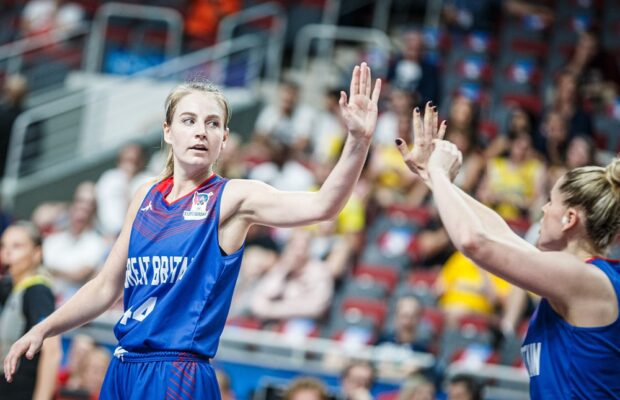 Karlie Samuelson is headed back overseas next season after signing with Spanish top-flight side Perfumerias Avenida.

The shooting guard shone for GB Senior Women at the recent FIBA Women’s EuroBasket 2019 after averaging 11.1 points per game.

Samuelson helped GB to a historic fourth place finish and fired in a 28-point haul in the win against Montenegro.

The 24-year-old re-joined LA Sparks in the WNBA on a short-term deal and played in Belgium last season with Castors Braine in EuroLeague Women where they finished 1-13.

Avenida lost in the final of the Spanish playoffs and will enter the EuroCup Women regular season having been drawn to face Uni Gyor of Hungary, Olivais Futebol Clube from Belgium and compatriots Gernika Lointek.

Jo Leedham-Warner (in Turkey), Cheridene Green (in Poland) and Shequila Joseph (in Germany) will also be playing in the competition next season.