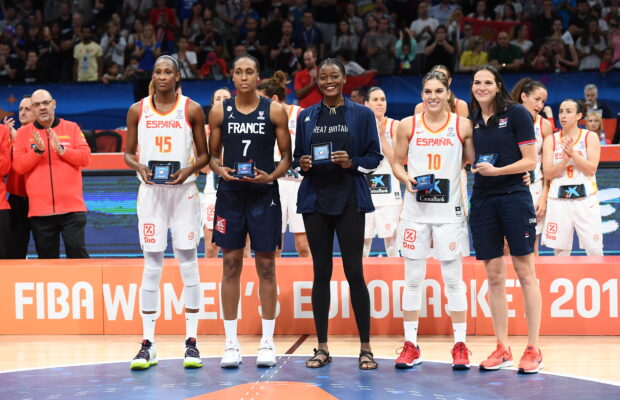 Temi Fagbenle has been rewarded for her impressive displays at FIBA Women’s EuroBasket 2019 with a spot in the tournament’s All-Star Five.

The Minnesota Lynx centre led the tournament in scoring with 20.9 points per game including two huge 29-point showings against Ukraine and Montenegro.

Fagbenle was the only player to score 20+ in five different games and also averaged 6.7 rebounds, 1.7 steals and 1.1 blocks per outing over the course of the seven games.

As well as her scoring prowess, the 26-year-old excelled on the defensive end to lead from the front as part of GB’s impressive collective effort.