Hannah Shaw believes best is yet to come for GB - Hoopsfix.com

Hannah Shaw believes best is yet to come for GB 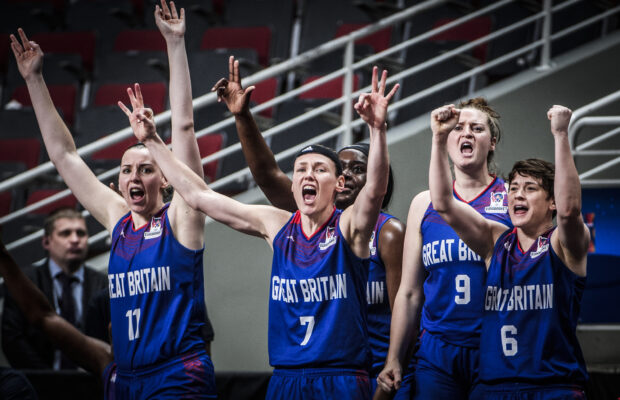 Great Britain’s Senior Women are just 40 minutes away from a first-ever FIBA Women’s EuroBasket quarter-final, and Hannah Shaw feels their best is still to come.

Two wins out of three was enough to secure second spot in Group A with victories over Latvia and Ukraine setting up a showdown with Montenegro for a place in the last eight.

Ya what? 😤 @eurobasketwomen is finally here

“Everyone is feeling elated,” Shaw told Hoopsfix after this morning’s practice. “It was an ugly win [against Ukraine], but it’s still a win and they always count.

“We feel like we could have done better and won the group, but it’s still an achievement.

“As Jo [Leedham] said, there is no moral victory about losing to Spain. Everyone is feeling positive and feel like we can do some really good things.

“We’ve not put in a full 40 minutes or a perfect performance yet.”

The mantra has been to take it game-by-game and that remains the case, however easy it is to check out the bracket with wins over Montenegro and Hungary away from competing for a medal.

Nothing is given in the competition and a place in Belgrade still needs to be secure. The fighting spirit will not waver, and that has been one of the key characteristics of this team – epitomised on Sunday by Cheridene Green’s heroic play.

“Our resilience for sure – that play by Cheridene was incredible and also Karlie making another selfless play, too.

“We might not be the most talented team, we haven’t got the most resources, but we will always dig deep and always fight for everything.”

“It would be a massive achievement [to make the quarter-finals] but it definitely is still just one game at a time.

“We’re not going to celebrate before we’ve done something.”

Shaw did not see court-time during the group phase, but her role should not be under-stated. The morale of a tight-kit group is as high as ever. Your number can be called upon at any given moment, and as the stakes get higher, the small details become more crucial.

“Anything can happen so you have to be ready for any opportunity,” she says. “Of course, no-one wants to sit on the bench all the time, but I want to celebrate the successes and be part of this team so it’s really important for me being here.”

History beckons for GB as they take on Montenegro at 9pm local time (19:00 BST)