24 Selected for GB Senior Men's Camp Ahead of Pre-Qualifiers - Hoopsfix.com 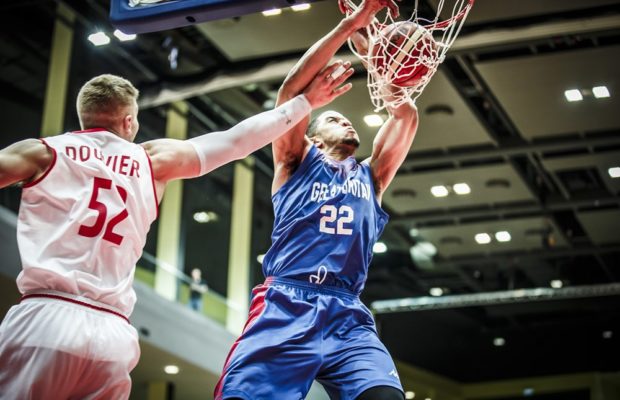 Great Britain’s Senior Men have 24 players heading into camp ahead of the crucial EuroBasket 2021 Pre-Qualifiers in August.

As exclusively revealed by Hoopsfix, Nate Reinking is the new head coach following the resignation of Alberto Lorenzo and GB must top a group containing Kosovo and Luxembourg in order to advance to the main qualifiers.

The initial squad includes a number of new faces to the Senior setup including current junior internationals Jacob Round, Kayne Henry and Mate Okros, while the likes of Jordan Spencer and Dwayne Lautier-Ogunleye could earn their first caps along with NBA Summer League winner, Ben Lawson.

Ovie Soko – currently in Spain on reality TV show Love Island – is included after averaging 14.4 points per game in the Second Round of the pre-qualifiers with leading scorer Myles Hesson – 18.8ppg – also in the squad.

Only Andrew Lawrence and Carl Wheatle are absent from the final 12 in GB’s last outing against Austria in February.