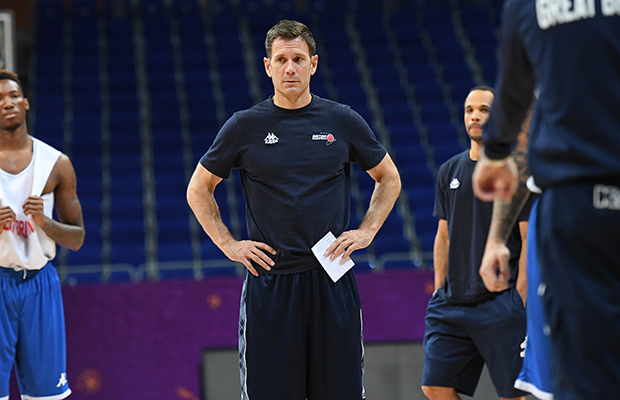 Nate Reinking has been hired as the Great Britain Senior Men’s Head Coach, after Alberto Lorenzo stepped down this week, Hoopsfix can exclusively reveal.

Lorenzo resigned earlier this week following the programme being unable to offer him the stability of a longer term contract beyond the next window, according to sources close to the programme.

He has been doing the job voluntarily, along with the rest of the coaching staff, since February 2019 and was displeased with having to work on a window-to-window basis with very little communication in advance from the programme.

The Spanish play-caller had been in post since February 2018, following the resignation of Tony Garbelotto, who he served under as an assistant. He leaves with a 4-4 record (.500) for all games, all of which were competitive FIBA games, leaving him with the joint top overall winning percentage for any coach in the history of the GB programme (with Joe Whelton, who went 8-8 in 1988).

Reinking, currently head coach of the Canton Charge in the NBA’s G-League, takes up the role after being an assistant since 2013, first under Joe Prunty, before Tony Garbelotto. The GB veteran collected 81 caps for his country from 2006 through to London 2012, where he became an Olympian.

It is understood that currently he will only coach through the August window, with the G-League schedule making him unavailable beyond that.

Training camp for the Senior men opens on Thursday August 1st at the NBPC in Manchester, with the squad yet to be announced for the games against Kosovo and Luxembourg.

Should they advance, they will take on France, Germany and Montenegro in the next round of qualifiers for EuroBasket 2021.