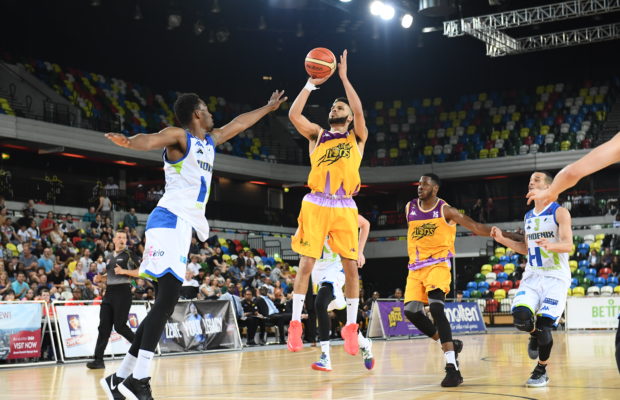 Jordan Spencer is heading overseas for his second season as a pro after signing with German Pro-A side Schalke 04.

The former GB Under-20 won the BBL Championship and BBL Cup titles with London Lions last season, whilst making the BBL’s All-British Team of the Year.

Next step in my career, excited to be signing with Schalke04 ⚪️🔵🇩🇪 https://t.co/Q0KT1Dzuqu

Spencer averaged 11.8 points and 6.1 assists per game including a season best of 38 points coming against London City Royals in March.

The guard – who turns 25 next month – won the NCAA Division II Championship title at Augustana and returned to play for the Lions having been an academy product when they club was based in Milton Keynes.

Spencer formed a deadly back-court partnership with two-time league MVP Justin Robinson in the capital and now departs to Germany.

Jordan Spencer (@spennnnny) out of nowhere for the nasty poster for London Lions (@LondonLions) vs Manchester in the @BBLOfficial! Catch all the BBL action on Livebasketball.tv 💪🇬🇧🏀 #Hoopsfix #BritishBasketball #LondonLions

Schalke finished the 2018-19 campaign in 13th place with a 9-21 record as they narrowly avoided relegation to the third division.