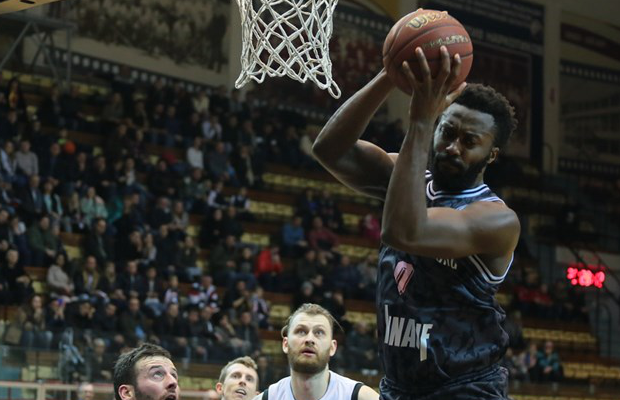 Gabe Olaseni is heading into the semi-finals of the FIBA Europe Cup after helping S.Oliver Wurzburg overcome a narrow first-leg deficit.

The GB international scored 11 points on 5 of 7 shooting as the German side claimed an 86-70 home win in the second leg to beat Danish champions, Bakken Bears, 161-146 on aggregate.

We’re Heading To The Final Four!

Fellow Brit, Ryan Martin was in opposition and posted 13 points in 21 minutes for the Bears, who had edged the opening tie 76-75 on home court.

Bakken had beaten BBL champions Leicester Riders in the qualifying stages of the Basketball Champions League before both sides entered the FEC competition as the Riders went 0-6 in a competitive group phase.

Olaseni is averaging 8.9 points and 6.3 rebounds per game in the tournament with Wurzburg advancing to face Italian side Varese in the two-legged last four encounter, beginning on 10th April.